It is estimated that 75 percent of the global population will live in cities by 2050. Pandemic has perhaps slowed down this trend, but it’s not going anywhere. 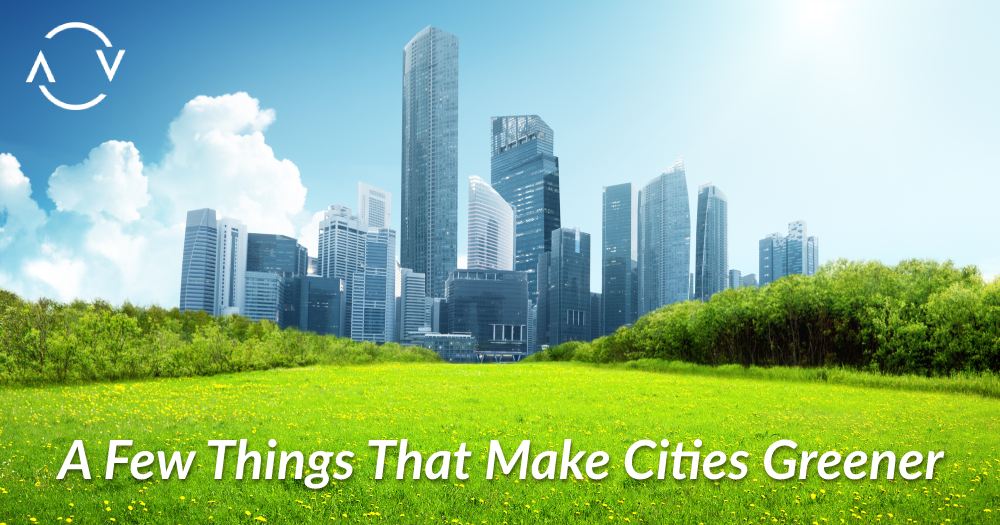 However, not all cities are made equal though strides are made across the globe to make them more liveable for their growing populations. And as part of those efforts, city authorities are trying to make their cities greener. Specifically, here’s what could be done to accomplish that goal.

Dubbed the “lungs of the city,” parks are essential for every family as well as pet owners. Simply put, they need a place where their kids will play and/or where their dog or cat will be able to jump around.

Individuals too need a piece of nature to relax and exercise, or just to escape from all that asphalt, at least for a brief moment.

In that sense, cities around the world have been making parks better. On one side, we’ve seen new playgrounds popping up in parks, and on the other side – there are novel urban forestry efforts that add biodiversity to the city.

The unifying effect of extra greenery in the city is that it helps counter the heat-island effect created by all the traffic and concrete in a city.

Skyscrapers can be cool, but all of us need to walk a bit. A great skyline is not the only thing a city needs – it also needs public spaces where people will gather to walk, talk and have fun.

Farmer’s markets, concerts and other events require dedicated spaces where only pedestrians and select vehicles (like small delivery trucks) have access to. Europe is full of such squares but many cities on the Old Continent are taking extra steps to make sure even bigger parts of their communities are made for walking and/or gathering of people. Also, they tend to add new trees and plants on a regular basis.

Cities in other parts of the world could learn something from this and make their municipalities that much better.

Whether we’re talking about metro/subway systems or buses with dedicated lanes, we all need transit solutions that allow us to get around quickly and easily without a car. Otherwise, if everyone is using a car, we are not talking about a green city — quite the contrary.

While building new metro lines is expensive, light rail systems can be afforded even in cities in emerging markets. They are still more efficient than cars and can carry more people than buses. And by doing so, they help tackle the traffic pollution problem.

Another transportation-related point — bikes not only provide for pollution-free transport, but they also make people healthier.

Most bike-friendly cities have dedicated bike lanes and are even offering free parking to cyclists. Like that’s not enough, they tend to regularly build new bike paths.

Sure enough, not all cities are great for bikers, but there are always some areas in the city where bikers could go for a ride. Like, next to the coast or in a bigger park.

Most major companies have figured out that building a green office space is beneficial for their business. These sorts of buildings tend to use less energy and are even “green” from the outside, boasting trees and plants so that everyone can see them.

Furthermore, this extra greenery makes for a better working atmosphere for the employees, helping boost their productivity. It’s an overall win-win for everyone involved, including for the citizens walking past such buildings.

However, not every municipality houses big corporations which can afford fancy green buildings. They can, however, build their own green building(s) for the agencies working for the city government. Additionally, special tax cuts and/or related subsidies could be introduced for anyone looking to add greenery to their buildings — or build something new from the ground up.

Which leads us to our final point…

A local government can do a ton to promote various green and sustainable efforts in its community. The idea is that officials keep talking about “everything green” and actively promote related projects.

For instance, they could:

These are just some of the ideas we’ve seen and there is certainly more that could be done to make cities greener and better.