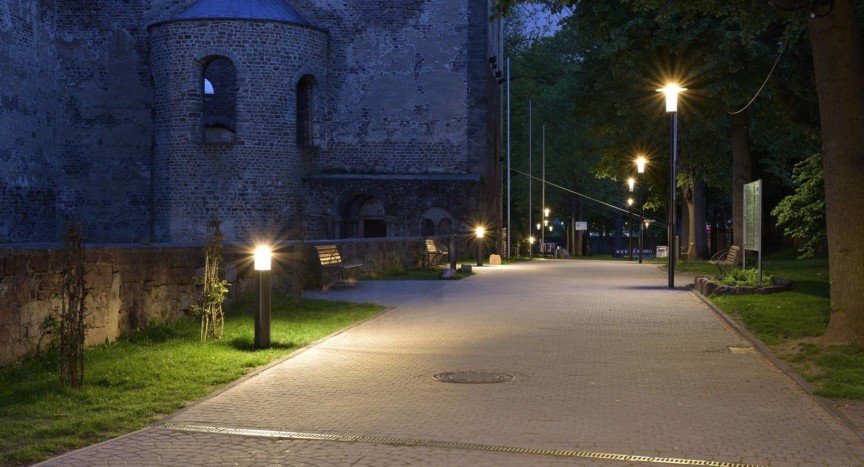 We have recently caught a cool idea coming from Germany that allows citizens to literally be involved in how their city works. Well, at least a part of it.

The pilot project involves a smartphone app using which citizens can control the city’s street lighting, like brightening the lights in a dark storm or dimming them when the days get longer. This isn’t only cool in a gimmicky way but could also reduce the city’s energy consumption.

The story comes from Bad Hersfeld, the 30,000-population spa town in Germany that has teamed up with [ui!] Urban Lighting Innovations — which constructs and modernizes street lighting systems for smart cities. Other project supporters include Microsoft, Deutsche Bank, and the Berlin Institute of Technology.

The system uses artificial intelligence (AI) and works even without interference from residents, relying on sensors to collect data on traffic, ambient light and weather conditions to adapt the lighting accordingly. For example, lights are dimmed on empty streets, causing less light pollution.

These are all energy-efficient LED lights that have a much longer lifespan than normal streetlights and, with this adaptive use of dimming and brightening, can actually save a city like Bad Hersfeld up to 90% of its energy consumption while significantly reducing its carbon footprint.

This is fairly important because cities are major sources of CO2 emissions, consuming 78% of the world’s energy and producing more than 60% of greenhouse gas emissions. Street lighting accounts for the largest energy costs in a public budget of many cities — in European cities, up to 50%.

“Cities need individual, decentralized solutions for street lighting if they want to move to a more sustainable model,” explained Lutz Heuser, [ui!] CEO. “Light in public spaces should be energy-efficient, safe for traffic, and it should meet climate protection goals but also the needs of citizens. It can be a challenging proposition, but it’s one we set out to meet with Smart-City-as-a-Service.”

The project has been awarded the Smart 50 Award by the US-based Smart City organization, and Bad Hersfeld is the only German city — and one out of only two European cities — to receive the award this year. Heuser believes that if every city in Germany followed Bad Hersfeld’s lead, the country could achieve the Intergovernmental Panel on Climate Change 2050 net-zero target. “It has been proven and it works,” he said.

In phase two of the project, the citizens of Bad Hersfeld are taking control of their street lighting. Using a mobile app, they can dim lights that, for example, reflect off wet streets, causing a safety hazard, or shine directly into bedrooms.

Finally, to make this sort of smart lighting available to more cities throughout Europe and elsewhere, [ui!] created the light-as-a-service model. This means that a city can pay for lighting annually for the term of the contract without paying a hefty fee upfront.

A pilot project in Bad Hersfeld, Germany, invited residents to tweak the streetlight settings to meet their preferences, whether to reduce the brightness outside their bedroom window or turn up the illumination while out walking in the evening.

The initiative is part of a project with [ui!] Urban Lighting Innovations alongside Deutsche Bank and Microsoft to develop and trial an advanced smart street lighting system for the 30,000-population spa town.

The pilot converted streetlights to LEDs, linking sensors and AI-based controllers to manage the lighting brightness, warmth, and distribution based on factors such as traffic, ambient light, and weather conditions.

Since street lighting accounts for one of the largest energy costs in the public budget of many cities, this is a fairly important project that could (and should) be replicated in other places throughout Europe and elsewhere.
Time to Implement
⏱️⏱️⏱️⏱️⏱️
Cost to Implement
💰💰💰💰💰
* estimates

FOR PUBLIC OFFICIALS:
You could contact [ui!] and explore what they could do with streetlights in your city/town. Thanks to their light-as-a-service model, your municipality won't have to pay a hefty installation fee upfront and would rather pay for the cost of installing and managing all streetlights on an annual basis. And you get to report instant results to your constituents to the benefit of your community and, well, your career. It's a win-win.
FOR BUSINESSES:
You could contact [ui!] and see whether they are looking for distributors in places where your business operates. Explore the option of partnering with them to bring their light-as-a-service model to the cities and towns your company sells (or wants to sell) to. What you would be selling are nothing but benefits - new, smart streetlights that save energy and practically pay for themselves without any huge upfront costs. It's a win for all the parties involved.