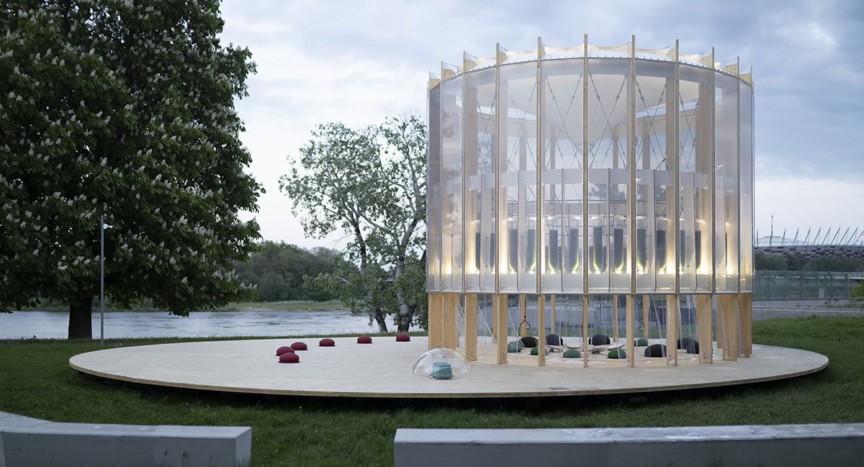 London-based architecture and innovation ecoLogicStudio has designed a novel, air-purifying playground in Warsaw, Poland that runs off algae biotechnology.

Warsaw is not the place with the cleanest air in Europe, with nearly two-thirds of kindergartens thought to be in regions that are severely polluted. The AirBubble project was invented to solve this conundrum by creating a microclimate where children could play whilst breathing clean air.

AirBubble is made out of ethylene-tetrafluoroethylene copolymer that is held by timber pillars, which form a cylindrical design. Between each pillar, algae reactors are in place. A total of 52 glass bioreactors hold 520 liters of living green algae cultures which are able to filter 200 liters per minute of polluted air. An inverted conical roof membrane further stimulates recirculation of air and natural ventilation to keep the play area clean.

The algae in the bioreactors essentially feed off polluting molecules and in return release clean oxygen into the microclimate. Energy is supplied by a combination of solar power and kinetic energy emitted from children bouncing and running as they play.

Also included is the monitoring system that measures urban air pollution in real-time. Early data collected in May 2021 suggest that AirBubble was capable of absorbing 97% of pollutant nitrogen in the air and 75% of the particulate matter.

Aside from providing clean air at the playground, AirBubble will also serve as an “urban laboratory” — studying the role of biotechnology in tackling air pollution and in turn mitigating its effect on children’s health.

The mentioned EcoLogicStudio was founded in 2005 by Claudia Pasquero and Marco Polettowill with the goal of leveraging “systemic” design, which is defined by “the combination and integration of systemic thinking, computational design, biotechnology and prototyping.” 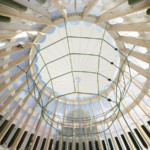 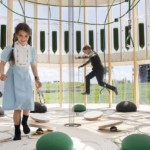 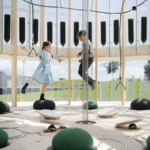 Although AirBubble sounds like something found in dystopian novels, the truth is that we need such projects. According to the World Health Organization, 93% of children in the world live in what WHO considered harmful levels of air pollution, with 630 million of them being under 5 years. Until pollution levels are tacked in a sustainable manner, the projects like AirBubble will serve as a striking reminder of this impending reality.
Time to Implement
⏱️⏱️⏱️⏱️⏱️
Cost to Implement
💰💰💰💰💰
* estimates

FOR PUBLIC OFFICIALS:
Providing a safe environment for kids to play is not just the right thing to do, but also an easy way for any public official to score some political points. If your city could use a clean-air playground, consider contacting EcoLogicStudio and ask them what it would take to build an AirBubble in your municipality. From what we understand, it won't break a bank but will most definitely deliver the goods - and by that, we mean clean air for children. One could hardly imagine a more noble goal.
FOR BUSINESSES:
Projects like AirBubble are an easy sell to most municipalities. In that sense, your company should investigate options of partnering with EcoLogicStudio to bring their clean-air playgrounds to municipalities your business serves. As you have probably figured out, you shouldn't sell them as "yet another fancy playgrounds," but as ones that are actually good for children. Providing a safe space for children to play should also be a narrative for local officials to sell to the public. It's a win-win.