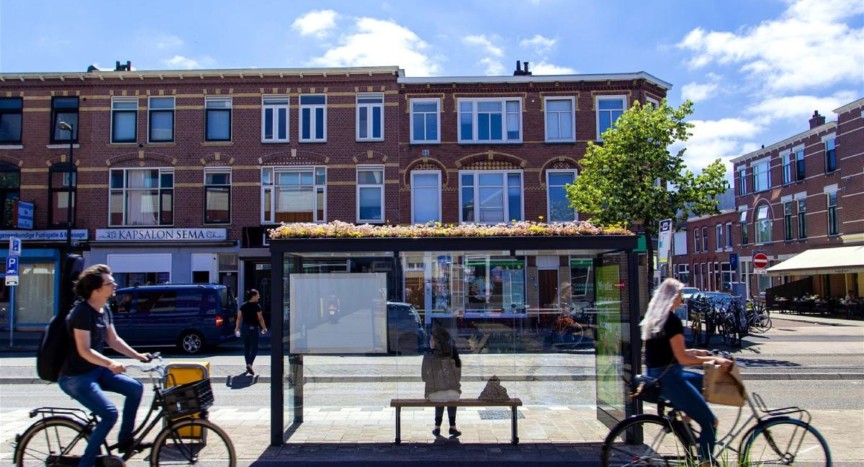 The Netherlands is home to 358 different bee species but more than half of them are already endangered and have been placed on the country’s list of threatened species. In response to this problem, officials in Utrecht — in collaboration with outdoor media company RBL Outdoor and advertising agency Clear Channel — are investing in urban beekeeping in a rather ingenious way.

The fourth-largest city in the country has transformed up to 316 bus stops into little bee sanctuaries. These so-called “bee stops” are essentially standard bus stops with grass and wildflowers planted on the roofs to encourage pollination.

Aside from supporting the city’s biodiversity by attracting honey bees and bumblebees, these bee stops also help capture fine dust and store rainwater. And to make for an even more eco-friendlier project, bee stops are tended to by workers who drive around the city in electric vehicles.

Then again, these roofs require little maintenance because they are mainly composed of sedum plants, which are a favorite among pollinators and require very little water to survive.

Humans haven’t been forgotten as well, with new bus stops also sporting energy-efficient LED lights and bamboo benches — in order to create a healthy living environment for everyone.

Beyond public spaces, Utrecht also runs a similar scheme for residents allowing them to apply for funding to transform their own roofs into bee sanctuaries. 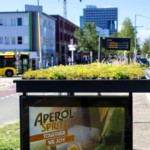 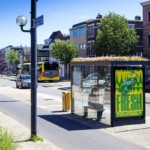 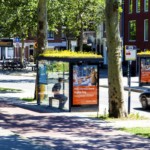 Bees and other pollinators are fundamental to life on our planet, with nearly 75% of the world's crops produced for human consumption depending on them. However, changes in agricultural practices over recent years have caused a decline in bee populations.

To address this problem, many cities are creating bee sanctuaries that also add to urban biodiversity. With its bee-friendly bus stops, Utrecht is taking an extra step forward while also showing other cities what they too could do to help bees thrive. And ultimately, help all of us get the food we need.
Time to Implement
⏱️⏱️⏱️⏱️⏱️
Cost to Implement
💰💰💰💰💰
* estimates

FOR PUBLIC OFFICIALS:
A local politician could lead the project that would see bees flying around the city. Perhaps what Utrecht did is too much for some cities due to pollution (they bike a lot in the Netherlands, after all), but something could be done for biodiversity in every city. And having bees is always a plus as well as something more and more cities are doing. Perhaps start with bus stops outside of the city center and build from there? It's good PR, after all.
FOR BUSINESSES:
In order to bring bees to the city — if you don't have the expertise — you may need to partner with beekeepers. Ask them how that could be done and where in the city is the best location to start off. Then, once you have an idea of how such a project would work, calculate the costs, add your premium (profit) and pitch it to the city. This could be a win-win for smart politicians looking to add to the city's biodiversity. After all, if it's good for a developed country like the Netherlands, it has to be good for other places, as well.