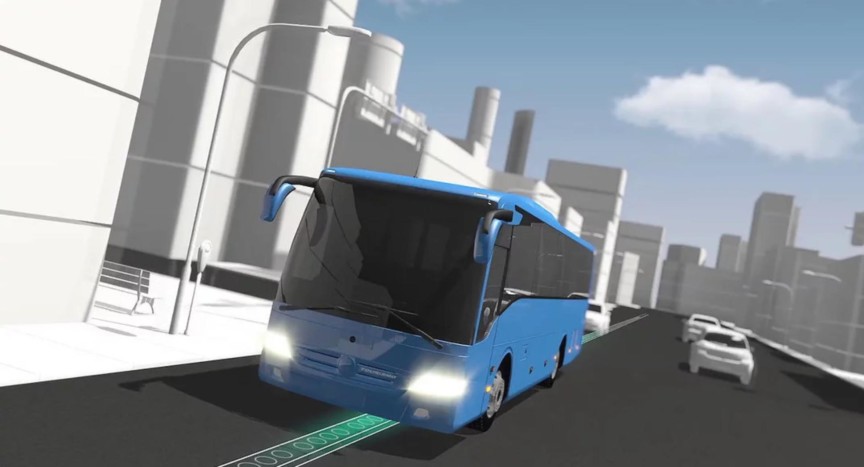 ElectReon has developed a “Dynamic Wireless Electrification System” for electric transportation which reduces the need for a large battery in the vehicle and powers it wirelessly via minimal infrastructure located under the driving lane. This, in turn, eliminates the need to stop for recharging or refueling the vehicle during the day.

ElectReon’s Wireless Electric Roads (ERS) technology combines dynamic, semi-dynamic and static charging, providing the optimal solution to any use case. It involves wireless energy strips made from electromagnets and copper plates being integrated into special road lanes, while similar plates are installed on the underside of vehicles. A roadside power converter links to the charging beds carved into the road. Vehicles integrated with sustainable technology can also drive in normal road lanes for up to 5km.

Once the system has been deployed on the main roads for public transportation then it can serve as a platform for all kind of vehicles eliminating the initial costs. In addition, ElectReon can harvest energy due to vehicle braking and transfer it back to the electricity grid, and as a result — reducing the total amount of energy consumed by the transportation sector.

ElectReon’s first major installation was in Sweden, between Visby airport and Visby city center on the island of Gotland. The route (on a public road) will be utilized by ERS heavy goods vehicles and ERS shuttle buses. The project, announced in November 2019, is financed by the Swedish Transport Administration as part of the electric road roadmap of the Swedish government to reduce CO2 emissions from heavy transportation.

Another installation was in Tel Aviv, where a 1km electric road is being built between Tel Aviv University and the train station.

Electric car deployment has been growing rapidly over the years despite the lack of underlying infrastructure. Some governments are already helping drive this growth by subsidizing the electric vehicle purchases and by offering free charging stations and other perks. Nevertheless, electric cars are still not mainstream, though they are getting there.

Smart roads that can charge these vehicles could be a part of the puzzle, starting with delivery vehicles and buses, both of which could be easily outfitted to be compatible with ElectReon's technology. These two vehicle categories are just a start, with upcoming models of electric cars (presuming they can connect to ElectReon's tech) also benefiting from the same infrastructure. At the end of the day, with more electric vehicles on the road, cities and entire countries benefit from lower CO2 emissions, lower congestion, and ultimately - better air for their constituents.
Time to Implement
⏱️⏱️⏱️⏱️⏱️
Cost to Implement
💰💰💰💰💰
* estimates