There are a variety of benefits to be gained from building underground, huge energy savings being one of them. There is also one often overlooked benefit – building underground allows developers to avoid an expensive clean-up of contaminated industrial areas. This is one of the reasons why The Invert Chicago is building its “subsurface real estate complex” 300 feet below the surface.

The project is slated for a large tract of land in southeast Chicago, which used to be the home of steel plants. Many developers had their eyes on the plot but found that the cost of cleaning up the pollution was huge – meaning all that soil would need to first be removed, costing hundreds of millions. But The Invert had another idea. They would build from the one side of the lot that wasn’t contaminated, and dig underneath the contaminated areas, carving rooms out of the limestone rock deep underground.

The rock will be excavated to create big underground spaces, supported by huge, 36-by-36-foot pillars of limestone. The extracted stone will be sold, and renewable geothermal energy will be used for heating and cooling, if possible.

The company also plans to build a large solar field on the top of the site to provide electricity. Special LED lights will be used to mimic natural sunlight for workers underground.

Like that’s not enough, the energy savings from building underground will create a more sustainable home for facilities such as data centers and vertical farms. And in that sense, vice president of design for the Invert Chicago Isaac Yun said that the project could create thousands of permanent jobs, which could end up helping to pay for cleaning up the site.

“We’re literally creating a new taxable property that currently doesn’t exist today,” Yun said. “That’s going to promote the overall value of this property to where years from now, and hopefully sooner than later, we can start addressing some of those concerns on the ground.” 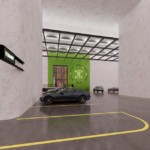 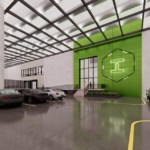 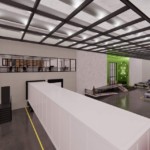 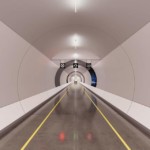 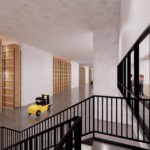 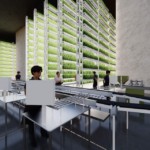 Projects like The Invert provide a new take on sustainable development. Rather than focusing on a traditional building design, and then looking for a piece of land - The Invert is looking to get the most out of the land available. If successful, it could offer a way to develop some of the many contaminated industrial sites around the world.

Aside from energy savings, subsurface development reduces urban runoff and leaves the surface area free to be turned into green spaces or solar farms to provide clean energy sources. A win-win for the environment and the people.
Time to Implement
⏱️⏱️⏱️⏱️⏱️
Cost to Implement
💰💰💰💰💰
* estimates

FOR PUBLIC OFFICIALS:
If building down instead of up proves beneficial to Chicago, chances are it could also be applied to other cities and towns, especially those struggling with space. This isn't something every developer in your area will be interested in, but for those that are interested - you may want to consider providing some subsidies in order to expand your city to places (underground) where it wasn't present before. Such a project could also help rejuvenate areas that have been intentionally missed by other companies.
FOR BUSINESSES:
If your company is in any way related to the construction business, consider mastering techniques and technologies that would allow/enable it to "go down" instead of "just up." As you can see from The Invert Chicago project, there are cities that are willing to embrace this approach - which ultimately helps them rejuvenate areas that have been forgotten by many companies. Perhaps, one day, you'll have "what it takes" to participate in a project like this. Sounds like good know-how to have...