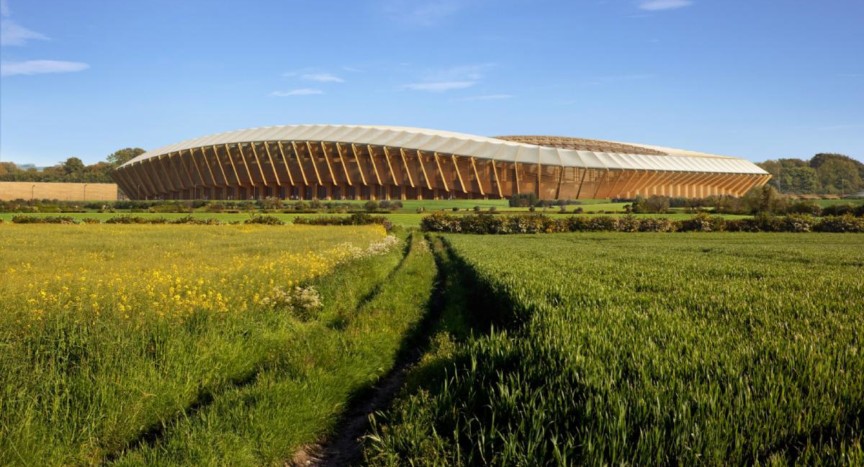 Based in Nailsworth, Gloucestershire, England – Forest Green Rovers is a unique football club. Competing in League Two, it is a carbon-neutral and the world’s first all-vegan football club.

The move to “go vegan” came after environmentalist entrepreneur Dale Vince took over the club in 2010. But the food was just a starting point…

Now, Forest Green Rovers is preparing to build what will be the world’s first wooden football stadium. Called Eco Park, the wooden structure will look like the “ribs of a prehistoric animal,” and get all of its power from sustainable energy sources, provided by the green energy company Ecotricity — also owned by Dale Vince — and the stadium’s own solar panels.

Two football pitches will be organic and cut by a solar-powered mow-bot that texts updates to the club’s groundskeeper. Collected rainwater irrigates the pitch, and all food served by the Club is vegan — for players, staff and fans.

Nevertheless, the carbon-neutral (or carbon-negative) stadium will have (landscaped) parking spots, but the club will encourage spectators to travel to games via public transport — even promising to subsidize buses from local areas, and run a trial bus from a nearby train station.

The story to build a wooden stadium itself was super-popular and helped spread the message about the vegan football club, which now has fan clubs in over 20 different countries. So yes, it was worth it for a multitude of reasons.

Forest Green Rovers has been promoting sustainability for quite some time now. In 2018, the United Nations awarded it a carbon-neutral certification. In the same year, it received the United Nations Environment Programme’s “Momentum of Change” climate action award. 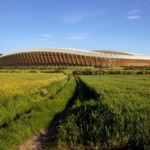 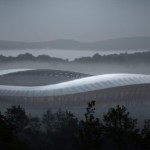 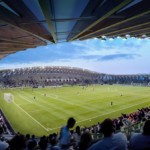 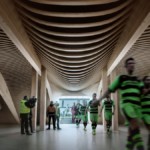 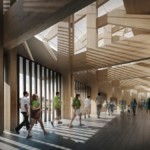 Who says that sports clubs can't be environmentally friendly? In fact, many of the world's biggest football (soccer) clubs are heavily investing in various green initiatives, but no one comes close to Forest Green Rovers.

When completed, their all-wood stadium will prove the world that wood can, in some cases, replace concrete to provide for a greener and equally solid structure. Add solar panels and renewable energy sources to the mix - and you get a stadium that isn't only carbon neutral, but potentially even carbon negative.
Time to Implement
⏱️⏱️⏱️⏱️⏱️
Cost to Implement
💰💰💰💰💰
* estimates