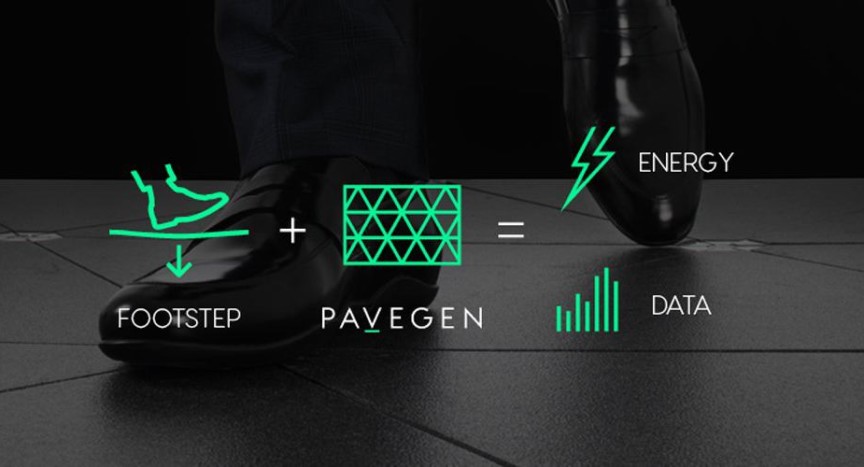 A company called Pavegen has developed (and patented) floor tiles that harvest the kinetic energy from human footsteps and use it to directly power off-grid applications such as lighting, wayfinding and advertisement boards — or store it in an external battery for powering future applications. The technology is integrated, discreetly, into the existing environment, underfoot.

In addition to its harvesting energy abilities, the tiles — which are BTW made from recycled materials and come in a variety of colors and textures — can also provide real-time footfall data to deliver insights into pedestrian movements. This also enabled Pavegen to develop an ecosystem that allows people to be rewarded for steps on these connected walkways.

Founded in 2009, Pavegen supplies both permanent installations and experiential (temporary) activations that can power off-grid applications such as games, lighting, and environmental monitoring. Its technology has been installed in over 200 projects in more than 30 countries — including in train stations, shopping centers, education institutions, public spaces, and airports.

The company has worked with some of the world’s biggest brands such as Adidas, Coca-Cola, Heathrow Airport, Shell and Westfield. Also, it has cooperated with Transport for London and New West End Company to create the world’s first smart street, and partnered with Google to create the world’s largest energy and data harvesting array in Berlin.

Another notable project includes work for real estate giant Globalworth, which commissioned Pavegen to build two 20 m2 energy harvesting walkways in Bucharest. The paths are part of a larger green initiative to turn its HQ office space into an environmentally and hi-tech hub for workers.

In 2018, the company signed a Memorandum of Understanding with global engineering and technology giant, Siemens, to develop smart city projects together. 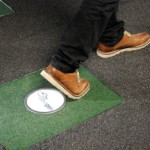 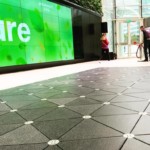 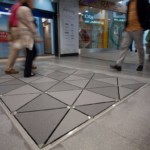 Pavegen's patented floor tiles can harvest the kinetic energy from human footsteps and use it to directly power off-grid applications such as lighting, wayfinding and advertisement boards. Alternatively, the energy collected could be stored in an external battery for powering future applications. The technology is discreetly integrated into the existing environment, underfoot — and also allows collection of real-time footfall data to deliver insights into pedestrian movements.

Pavegen's tiles come in a variety of colors and textures and are made from recycled materials. They have been installed in over 200 projects in 30+ countries.
Time to Implement
⏱️⏱️⏱️⏱️⏱️
Cost to Implement
💰💰💰💰💰
* estimates

FOR PUBLIC OFFICIALS:
A local government official could adopt and deploy Pavegen's technology in some facilities, not only to show the city is embracing modern technologies — but also to use the "power of the crowd" (their footsteps) as a source of energy for local lights, signs or something else. This is the technology for smart cities and that's what every city should strive to be so it could become and/or stay relevant in today's global world.
FOR BUSINESSES:
A company could partner with Pavegen to bring their technology to new places. Whether you work for a construction company or a tech solution provider, there's money to be made here from pursuing (local) government as well as contracts from other major companies in the area. Everyone wants to be green these days and use alternative energy sources — and that's what Pavegen's tech is all about, providing energy that is made from humans walking around.