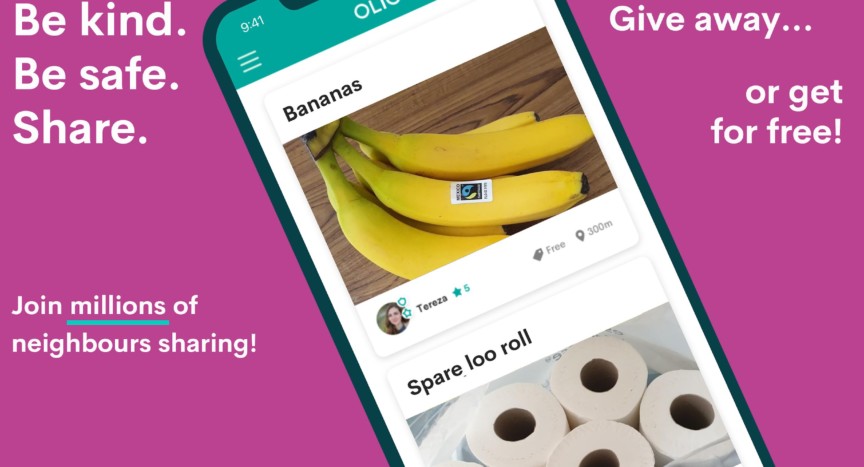 It is estimated that around 850 billion EUR worth of food is wasted annually, making a food-waste mountain that weighs 1.3 billion tonnes.

Tessa Clarke and Saasha Celestial-One launched a company called Olio in early 2015 to, at least partially, tackle this problem; they have developed a mobile app for food-sharing in an effort to reduce food waste.

Olio does this by connecting those with surplus food to those who need or wish to consume such food. The app requires for the food to be edible; it can be raw or cooked, sealed or open.

Those donating surplus food can be individuals or companies such as food retailers, restaurants, corporate canteens, food photographers etc., and donations can take place on an ad-hoc or recurrent basis. In order to donate the food, users take photos of any food items that they don’t want and add them to Olio’s listings.

On the other hand, users nearby receive alerts and can request the items. Pick-up is arranged by private messaging. According to Olio, 50% of all food listings added to the app is requested in less than two hours.

In the UK, several supermarket chains have used Olio — including Tesco, the Midcounties Co-operative, Morrisons and Sainsbury’s — as an “online food bank” to donate food and to reduce their waste.

As of July 2019, Olio had around 1.2 million registered users in 46 countries who have shared around 1.2 million portions of food. The company secured funding from a number of investors, including Octopus Ventures, Accel, Quadia and Quentin Griffiths.

In September 2020, Olio announced that food items shared between neighbors have saved the equivalent of over 1 billion litres of water.

Olio offers a location-based app and website that lets individuals and companies list and post photos of unwanted food items to be shared with other people in the same neighborhood. That is food that users (or companies) might otherwise throw away.

In this way, Olio is tackling food waste in the home and the local community, which in developed countries accounts for well over half of all food waste. The average UK family, for example, throws away £800 of food per year that could have been eaten — collectively adding up to £15 billion. And the situation is similarly dire in other developed countries.
Time to Implement
⏱️⏱️⏱️⏱️⏱️
Cost to Implement
💰💰💰💰💰
* estimates

FOR PUBLIC OFFICIALS:
A savvy local official could make a contact to bring Olio to its community and perhaps offer some local help in terms of marketing and, if needed, translation. The municipality on its end would help promote Olio in its community to help tackle the food waste problem, while at the same time giving food to those in need. It could one of those good PR moves that helps make the world a better place.
FOR BUSINESSES:
A savvy company, versed in marketing, could help launch Olio in the municipality (or more of them) it serves. The app is free to use but the money could be made by creating a marketing plan for the municipality to support adoption of Olio in the local community. The company could help translate the app to the local language, prepare and distribute printed materials, and assist with design and placement of the ads across media channels.