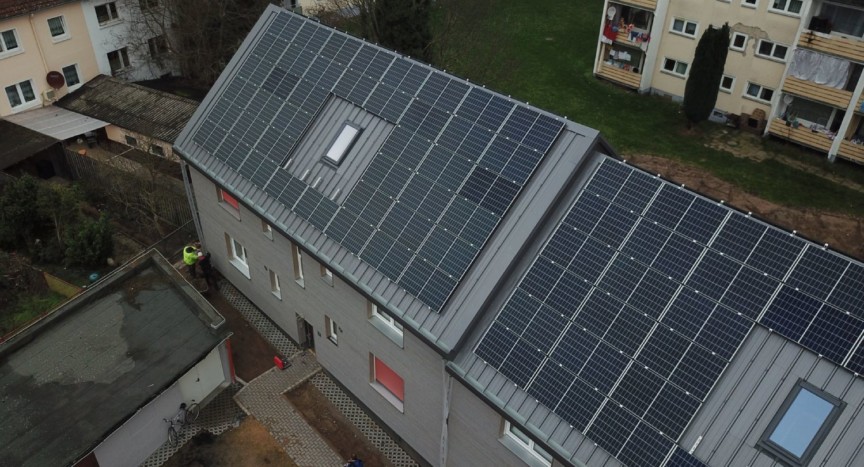 A German renovation firm called Ecoworks has developed technology that can make old buildings energy efficient simply by putting a big “coat” (or “second skin”) on them.

The process starts with a 3D scan of a house, after which Ecoworks makes wood panels of identical shape and scale to be attached to the outside. As a result, even the most inefficient buildings can be turned into net-energy producers.

In that sense, these panels come with built-in solar panels and insulation. They are also reportedly easy to set up, with the company claiming they could be installed in as little as 20 minutes. A full building conversion, including replacing fossil-fuel-powered heat, can be done in a few weeks.

Even the wood these panels use is eco-friendly as it has been harvested only after achieving optimal carbon capture.

In a demonstration, an apartment block from the 1930s that used 450 kilowatt-hours per square meter of space was equipped with Ecoworks panels while the company monitored the changes in energy consumption.

After the installation, it became so inexpensive to heat, cool, and power, that the solar panels on the roof made this a carbon-negative building, whereas before it was listed as one of the least efficient in the whole nation.

Ecoworks is using artificial intelligence to identify the buildings that will be best suited for its technology. And it will have a ton of work ahead, with reports suggesting that in Germany alone – there are 30 million buildings that are in need of renovation over the next five years to meet prescribed climate targets.

The process starts with a 3D scan of an old building after which the digital model is sent to suppliers and a factory, where most of the second skin is prefabricated, including windows, ventilation, and channels for pipes.

The resulting new envelope includes a modular roof with built-in solar panels. Construction workers can install a facade panel at the site in 20 minutes. A full building conversion, including replacing fossil-fuel-powered heat, can be done in a few weeks.
Time to Implement
⏱️⏱️⏱️⏱️⏱️
Cost to Implement
💰💰💰💰💰
* estimates