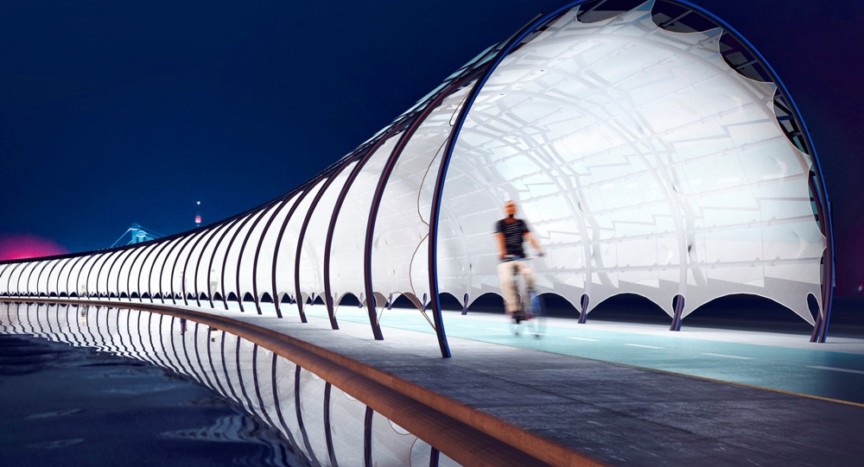 The use of dedicated bike and cycle paths is increasingly included in modern transportation within cities. Mobility is changing and the trends direct it towards sustainable and environmentally friendly solutions.

With that in mind, architect Peter Kuczia designed a fancy, modular bike path called Solar Veloroute, which is a multifunctional photovoltaic (PV) pathway for bikers and pedestrians. It comprises a PV tunnel structure that serves as a solar canopy for cyclists and pedestrians, as well as a public facility where commuters can enjoy lit pathways at night and charging stations for bicycles or smartphones.

The concept is presented as a partially-enclosed rounded archway, built with superimposed non-reflective glass solar panels, attached to round tube steel purlins. This solar roof is meant to both protect cyclists and pedestrians from the sun, and produce electricity from the sun.

The PV system collects electricity generated by solar energy during the day, which can be used for on-site charging stations and lighting, while the surplus energy can be distributed for additional services. According to Kuczia, just one kilometer of Solar Veloroute structure could provide around 2000 MWh of electricity to power 750 families or to power-up more than 1,000 electric cars that travel 11,000 kilometers per year.

In addition, Kuczia has placed display panels and posters on the sides of the pathway, to — for instance — provide information about the benefits of using solar power on a global scale.

As of the end of 2021, the project has been created for districts in Switzerland and Dubai but can be adapted to any location and climatic zone. The structure is completely adjustable, and the number of rows of panels, the distance between modules, as well as their inclination can be flexibly altered to respond to local conditions. 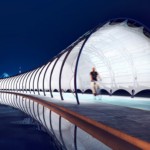 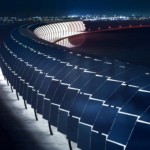 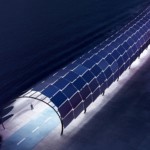 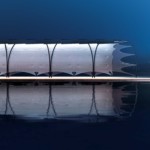 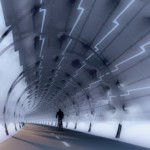 The modular, semi-enclosed bicycle path called Solar Veloroute is meant to provide riders with shelter, light at night and en-route charging stations. Designed by German architect Peter Kuczia, it uses a thin canopy to protect cyclists from sun, wind and rain — with curved steel arches supporting the array of photovoltaic panels that could generate up to 2,000 MWh of electricity per kilometer of bike path.

After gathering solar energy during the day, the panel system lights up at night, providing a well-lit route for pedestrians and cyclists. The system also powers charging stations at multiple locations along the route. With a single kilometer of the pathway capable of generating enough electricity to run 750 homes, there is a significant potential for routes of varying lengths to provide enough surplus energy to sell back to the grid or other individuals and organizations.

As of the end of 2021, the design was in use in Switzerland and Dubai, and we hope to see it in other places as well.
Time to Implement
⏱️⏱️⏱️⏱️⏱️
Cost to Implement
💰💰💰💰💰
* estimates