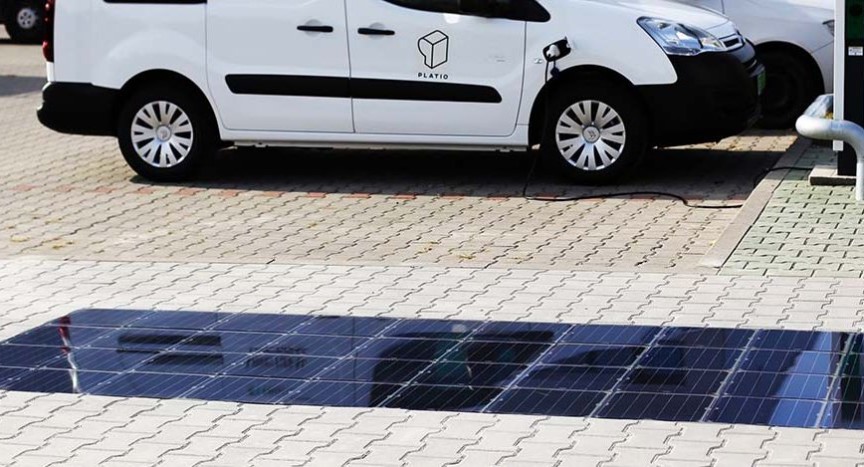 The pavement can operate at safe low voltages and can be assembled with walkable solar tiles, known as Platio Solar Pavers. They consist of anti-slipping hardened tempered glass, a solar cell array, and a layer made of the recycled polymer composite.

The cells are common commercial devices, sourced from an undisclosed supplier, costing between €50 and €80 per unit depending on the product type, quantity and market.

In terms of mechanical stress on the panels, the pavement can handle the burden of occasionally crossing as well as parking vehicles. To make that possible, Platio’s elements resemble the construction of paving blocks rather than solar panels. And in that sense, the load-bearing layer is a recycled plastic composite with even more favorable physical properties than concrete — making the surface suitable even for vehicle traffic, despite the fact that the product is mostly intended for pedestrian areas.

The tiles are available in four different colors, including ocean blue, midnight black, purple and green. Modular installation is fast and easy according to the company, which said that it is similar to conventional tiling. Platio added that the pavement can also be connected to recharging stations for electric vehicles.

The pavement includes a five-year warranty. 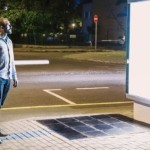 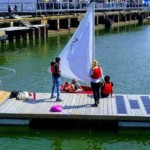 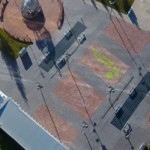 A Hungarian company called Platio has put a spin on solar panels with their solar pavement tiles, which are made out of plastic waste. Rather than replacing traditional solar panels on roofs, this solution is meant to complement them by using clean energy where other energy resources are not available, or when installing solar panels on a roof is not possible.

With their tempered glass surfaces, Platio's tiles are completely safe for humans to walk on, and can even take the weight of a heavy truck. Nevertheless, the company dubs them to be perfect for public parks, rooftop gardens, or electric car charging stations.
Time to Implement
⏱️⏱️⏱️⏱️⏱️
Cost to Implement
💰💰💰💰💰
* estimates

FOR PUBLIC OFFICIALS:
A savvy local official could get in touch with Platio and enquire about bringing their savvy pavements to his/her community. These are perfect for public places where they could collect energy and later use it for charging electric vehicles and bikes, people's mobile devices and more. Aside from that, a pavement like this sends a strong message to your community and, we would add, to the entire world — that your municipality is both savvy and green. And that further attracts businesses and talent to your city/town.
FOR BUSINESSES:
You may want to explore some partnership with Platio or at very least to be their distributor (or just seller) for the communities your business serves. There's a renewable energy craze out there and with this kind of product, you get to join the ride and benefit from it. Big time. Your pitch to local officials and major businesses is rather simple - by procuring these solar pavements, they get to send a strong message to their constituents. And that message is all about being advanced and caring for the environment. The way we see it, nothing but good can come out of it.