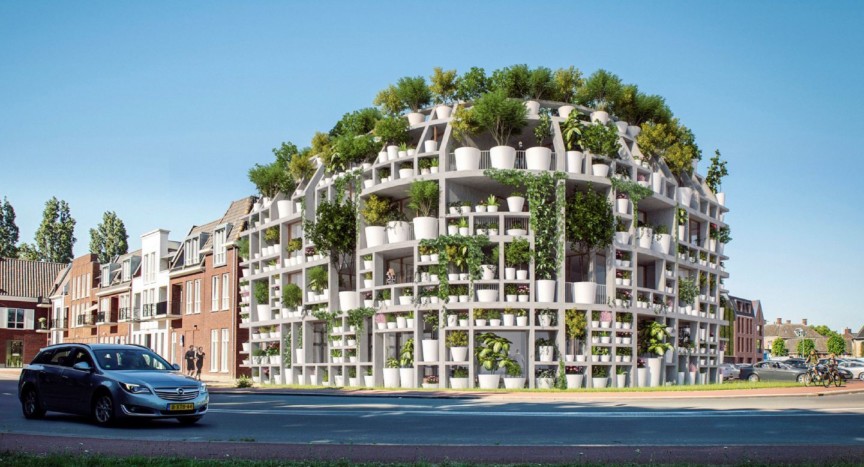 A Japanese study carried out by Chiba University has found that spending time in forests — the so called “forest therapy” — decreases cortisol levels, blood pressure, and heart rate. But how can one bring these benefits to the urban setting?

Rotterdam, Netherlands-based MVRDV studio has an answer; its four-story Green Villa — located on the southern edge of the Dutch village of Sint-Michielsgestel — is covered with a variety of plants that help it blend into the landscape of the nearby river, fields, and trees. At the same time, the Villa offers benefits of “forest therapy” to all city residents.

Green Villa houses new office space for a real estate developer, Stein, on the ground floor; five apartments on three floors above; and underground parking. The project was initiated and is being developed by MVRDV’s co-architect, Van Boven Architecten, who wanted to create a landmark project for the village while also being socially conscious and environmentally progressive.

The design stems from MVRDV’s belief that sustainability implies not only a technological challenge but also a positive change in lifestyle, with urban areas considered as a part of the natural landscape.

“This design is a continuation of our research into ‘facade-less’ buildings and radical greening”, explained Winy Maas, founding partner of MVRDV. “The idea from the nineties of city parks as an oasis in the city is too limited. We need a radical ‘green dip’… we should also cover roofs and high-rise facades with greenery. Plants and trees can help us to offset CO2 emissions, cool our cities, and promote biodiversity.”

Speaking of biodiversity, the plant species used for the project are selected and placed with the consideration of the façade orientation and the living functions behind, providing either privacy, shade, or views as required. A sensor-controlled irrigation system that uses stored rainwater has been incorporated into the planters, guaranteeing a year-round green facade.

Construction is scheduled to start in 2020. 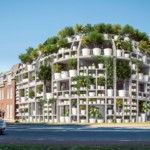 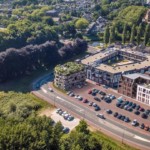 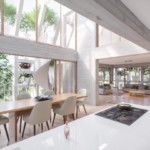 Projects like the Green Villa not only make the health benefits of forest therapy more accessible, but they also help offset CO2 emissions, purify the air and cool cities.

However, these kinds of projects — because of their novelty and usually higher price tag — tend to cost more and are not suited for all kinds of buildings. Specifically, they are good for corporate headquarters, as well as government (agency) buildings, which could use such (green) design to promote sustainability in the city/country.
Time to Implement
⏱️⏱️⏱️⏱️⏱️
Cost to Implement
💰💰💰💰💰
* estimates

FOR PUBLIC OFFICIALS:
Some (local) governments are already subsidizing green building development; if the one you're working at doesn't do it yet, now's the time to join that ride. Even more, you could add something extra for those projects that — in addition to making their buildings energy efficient — also add to the greener city landscape. This could be a winning strategy to make cities that much better, while potentially helping advance your own career.
FOR BUSINESSES:
Making buildings not just energy efficient but truly green is getting more profitable with the day. Therefore, adding appropriate experts to your team is a good idea; those experts would know which plants are best suited for which kinds of buildings and could help you develop truly innovative green projects. Then, you could pitch the (local) government to use your expertise to "add more green" to their existing buildings. And this could also be your pitch for anyone else looking for the same (green) service — i.e. companies in your city.