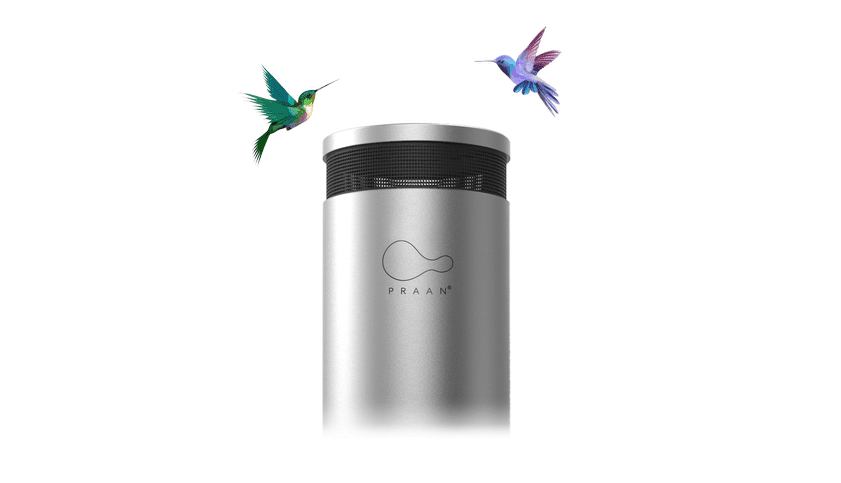 During the winter, India is one of the most polluted countries in the world. The government in Delhi has tried to partially tackle this problem by banning firecrackers and setting up multiple smog towers, but that didn’t help much as stubble burning in farms from the neighbouring states of Punjab, Haryana and Uttar Pradesh added to the problem. Also, this is the issues many other India cities face as well — including Mumbai, Chennai and Kolkata.

In September 2021, we learned about a novel solution coming from a 23-year-old inventor and social entrepreneur from Mumbai. His name is Angad Daryani and he thinks of the pollution as his personal problem.

“Growing up, I had asthma. During Diwali, my parents would make us leave Mumbai ahead of the pollution surge,” he told News18. “I was active in sports, but I would wake up feeling tired, and would have breathing problems often.”

Angad wasn’t alone in this aspect, with the Associated Chambers of Commerce and Industry of India finding air pollution to be the “most prevalent risk factor among the surveyed population.”

While Angad was in the US studying in Georgia Institute of Technology, he founded the company called “Praan” (“life” in Hindi) in San Francisco with the idea to make an air purifying solution that could easily be replicated and was low-cost. For this, the tech had to be filterless.

And so, together with inventors from 70 cities in the world, Praan came up with the Mach One or MK 1. The product is designed to address the problem of air pollution at the base level where it really affects Indians, the outdoors, up to a breathing and walking level.

The MK 1 aims to create hyper-local zones in places like schools, public gardens, hotels, shopping malls and more. Its impact is instantaneous, capturing all kinds of particulates from the atmosphere — all while being filterless.

From there, the MK 1 machines use a collection chamber to store the particulates and then send them to another India-based company, Carbon Craft Design, which then turns the carbon particles into floor tiles. Said company claims that a single Carbon Tile is equivalent to preventing 5 kg of CO2 in the atmosphere.

Most of MK 1’s parts are made in India, with 95% of the materials for it and the manufacturing done between Maharashtra and Gujarat, and also comes at 1/1400th the cost of the Delhi Smog Tower — with two MK 1 systems coming at the cost of an iPhone 13. At the same time, each unit is able to purify up to 300 cubic feet of air per minute.

For Praan, while the machine works, tests are also underway to determine what the impact numbers look like for larger spaces and if the complex computer simulations translate to real-life for every situation possible.

As of November 2021, Praan has raised a $1.5M funding round led by US-based Social Impact Capital with key angel investors between the US and India.

To tackle pollution in India, the company called Praan has designed an affordable and versatile air purifier that cleans air zones at a hyperlocal level.

Called MK One, the outdoor purification device works by removing toxic pollutants from the air and storing them in a container to be recycled. It is able to purify up to 300 cubic feet of air per minute, which is an amount large enough to be of use to individuals, families, schools and small businesses without being so large as to be difficult to transport, set up and maintain.

When a device needs to be emptied, usually every couple of months, Praan delivers the captured pollutants to its partner design company, Carbon Craft Design, which transforms powdered pollutants into handcrafted floor tiles.
Time to Implement
⏱️⏱️⏱️⏱️⏱️
Cost to Implement
💰💰💰💰💰
* estimates