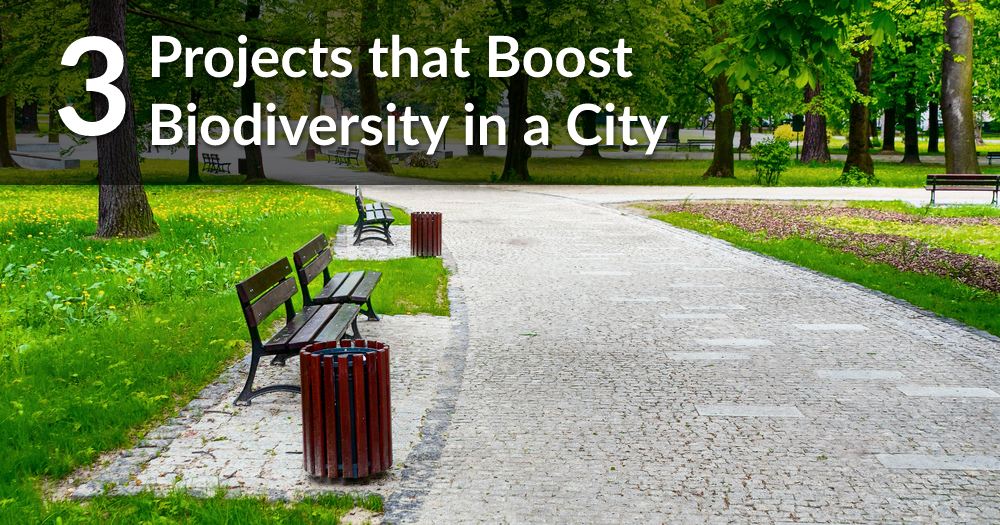 Not everyone can relate the term “biodiversity” to cities. That, however, doesn’t have to be the case as you are about to see from a few examples in this article.

Specifically, we’ll share 3 projects that aim to add biodiversity to the city, thus making for that much better environment for the residents. Here’s what we’ve got…

A Japanese study carried out by Chiba University has found that spending time in forests — the so-called “forest therapy” — decreases cortisol levels, blood pressure, and heart rate. But how can one bring these benefits to the urban setting?

Rotterdam, Netherlands-based MVRDV studio has an answer; its four-story Green Villa — located on the southern edge of the Dutch village of Sint-Michielsgestel — is covered with a variety of plants that help it blend into the landscape of the nearby river, fields, and trees. At the same time, the Villa offers benefits of “forest therapy” to all city residents. 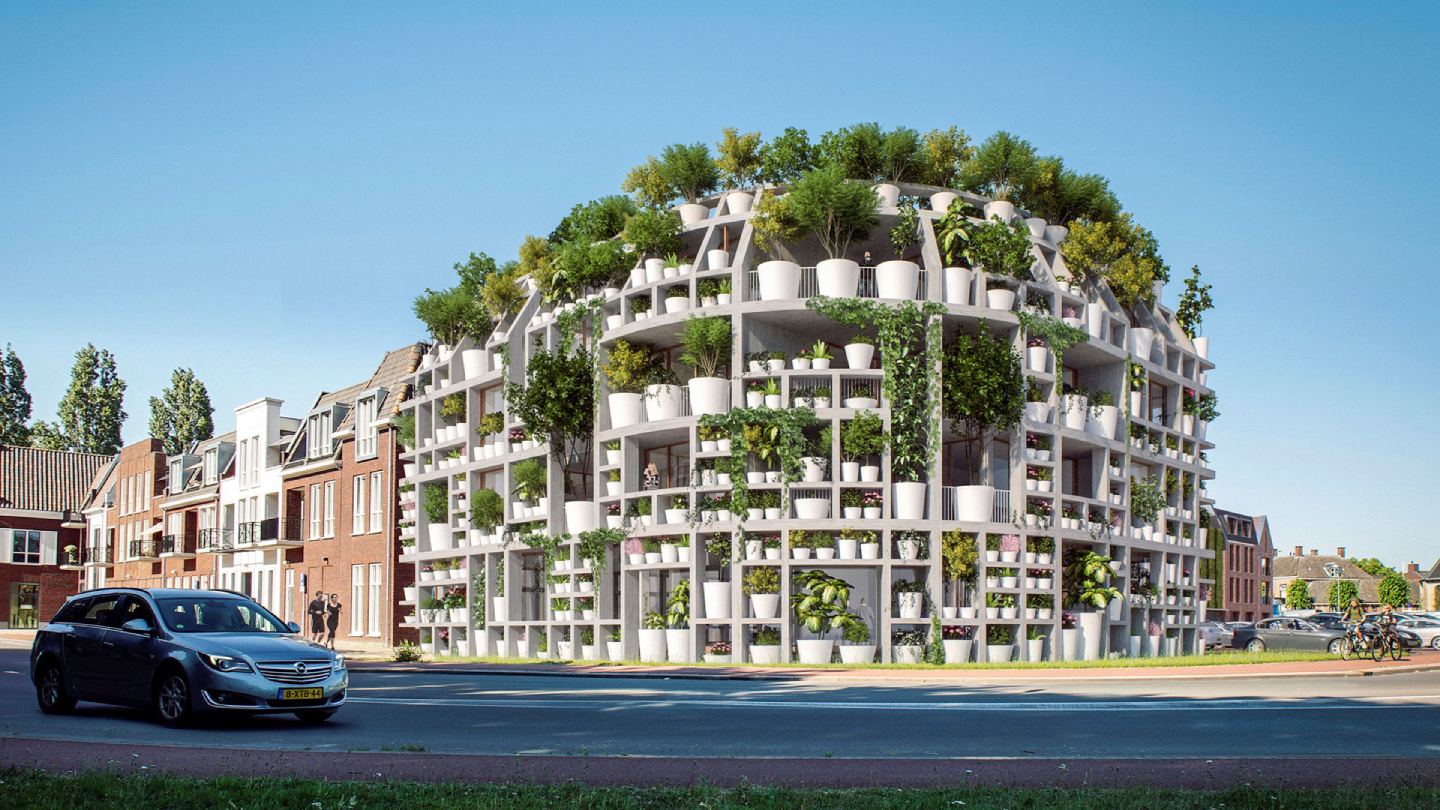 Green Villa houses new office space for a real estate developer, Stein, on the ground floor; five apartments on three floors above; and underground parking. The project was initiated and is being developed by MVRDV’s co-architect, Van Boven Architecten, who wanted to create a landmark project for the village while also being socially conscious and environmentally progressive.

The plant species used for the project are selected and placed with the consideration of the façade orientation and the living functions behind, providing either privacy, shade, or views as required. A sensor-controlled irrigation system that uses stored rainwater has been incorporated into the planters, guaranteeing a year-round green facade.

When we think of forests, we usually imagine a bunch of trees spread across a big chunk of land. But, there is also an alternative that comes in the form of urban forests that can thrive on spaces as big (or that’s as small) as a tennis court. 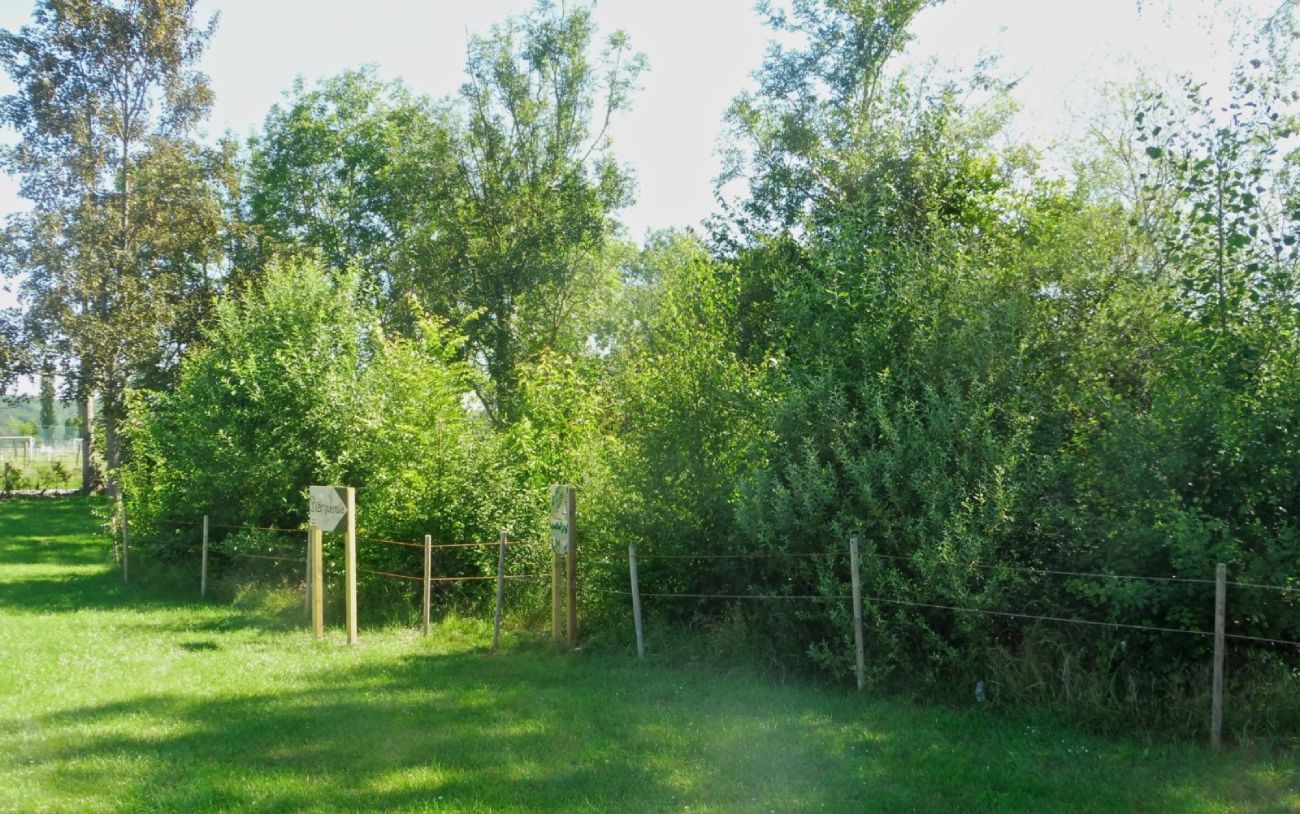 And unsurprisingly such projects have started springing up on patches of land in urban areas around the world, often planted by local community groups using a method inspired by Japanese temples.

The best part is that the execution of such a project doesn’t require a lot of resources except for a free site and a few years for the trees to grow.

The main idea is to use a variety of native seedlings and plant them densely, from where nature will do it all by itself with little to no human intervention.

According to the method’s proponents, the end result is a complex ecosystem perfectly suited to local conditions that improve biodiversity, grow quickly and absorb more CO2.

These native forests also get to benefit from local pollinators such as butterflies and bees, beetles, snails and amphibians — all of which thrive with a greater diversity of food and shelter.

As we’re writing this, there are numerous Miyawaki forest projects around the world, including Urban Forests in Belgium and France, Tiny Forest in the Netherlands, as well as a few initiatives in India and the Amazon.

The Netherlands is home to 358 different bee species but more than half of them are already endangered and have been placed on the country’s list of threatened species. In response to this problem, officials in Utrecht — in collaboration with outdoor media company RBL Outdoor and advertising agency Clear Channel — have invested in urban beekeeping in a rather ingenious way. 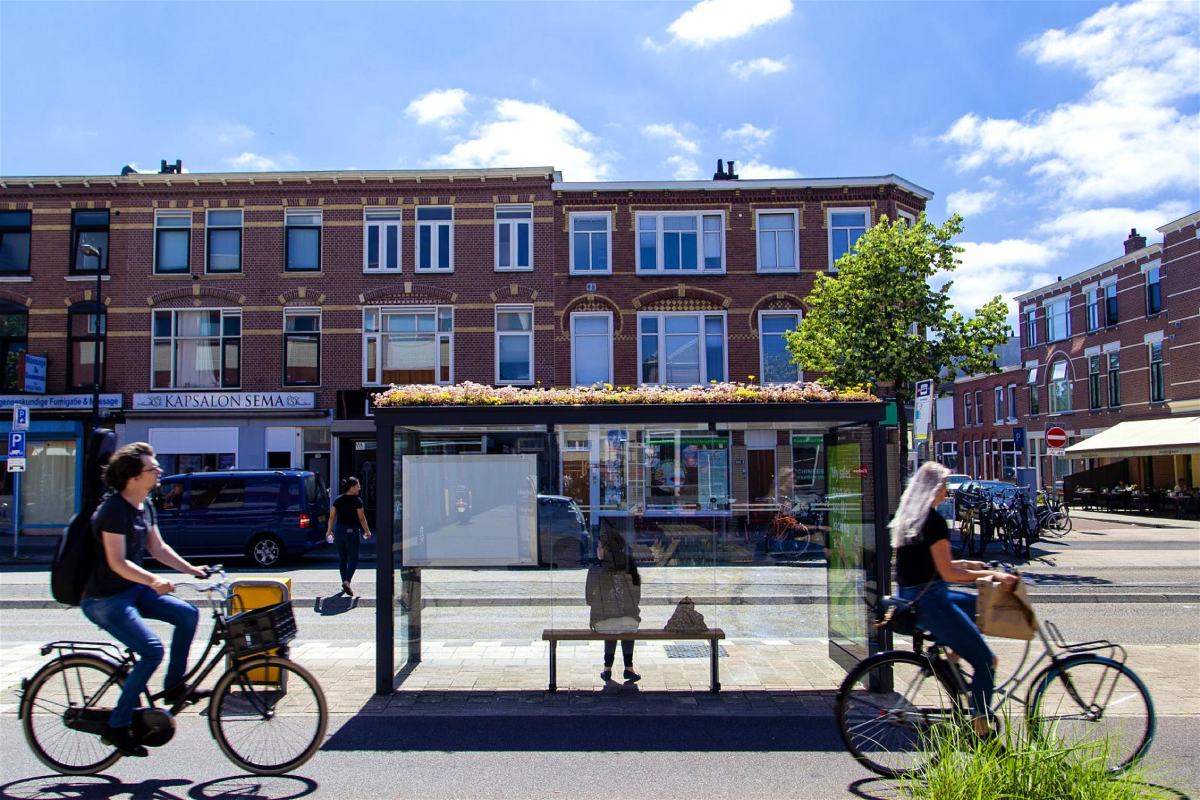 The fourth-largest city in the country has transformed up to 316 bus stops into little bee sanctuaries. These so-called “bee stops” are essentially standard bus stops with grass and wildflowers planted on the roofs to encourage pollination.

Aside from supporting the city’s biodiversity by attracting honey bees and bumblebees, these bee stops also help capture fine dust and store rainwater. And to make for an even more eco-friendlier project, bee stops are tended to by workers who drive around the city in electric vehicles.

Then again, these roofs require little maintenance because they are mainly composed of sedum plants, which are a favorite among pollinators and require very little water to survive.