Sweden is well-known for its progressive agenda that includes many efforts designed to fight climate change. In this article, we highlight several initiatives that have been tested in the Scandinavian country. Hopefully, you’ll get some ideas from here and perhaps bring something similar to your community. Let’s get started… 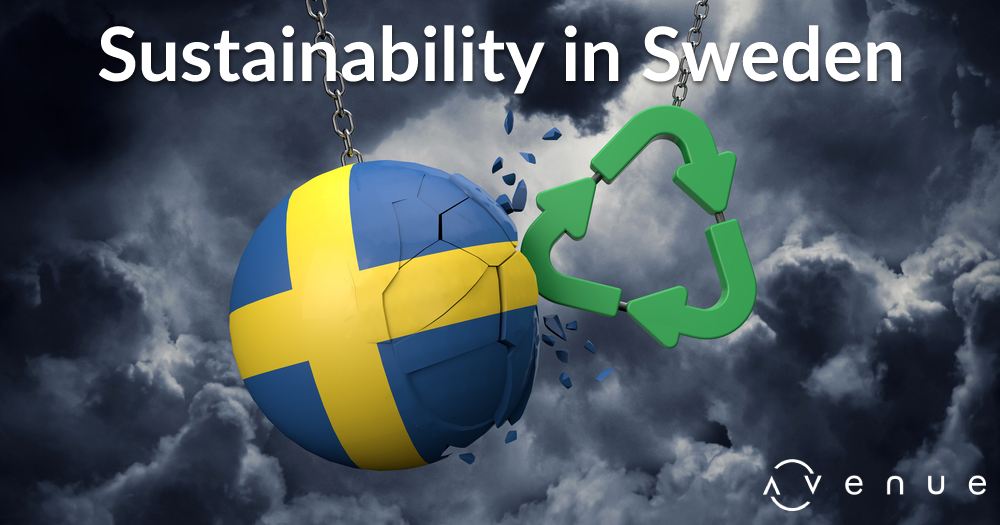 Sweden shifted from oil to district heating in the early 1990s and it is perhaps the single most important factor in explaining the country’s reduced greenhouse gas (GHG) emissions, both in the housing and service sector. Today, district heating accounts for more than 80% of the heat and hot water provided to Sweden’s apartment blocks.

For instance, Sweden’s second-largest city Gothenburg boasts a district heating network which is 1,200 kilometres long and heats 90% of the city’s blocks of flats, along with 12,000 detached homes. And the situation is similar in other cities across the country.

And so is advanced waste management…

Whereas more than half of the world’s waste (59%) ends up in landfills, less than 1% of Sweden’s household waste takes that “route.”

Of the 4.4 million tons of household waste produced by the nation every year, 2.2 million are converted into energy by a process called waste-to-energy (WTE).

Before this process starts, home and business owners filter and separate the waste into hazardous wastes and recyclable material, which are then sent to different waste-management systems, like incinerators and recycling, and a small amount to landfills.

Swedish law makes the waste producers responsible for handling all costs related to the collection and recycling or disposing of their products.

All this has helped make Sweden a global leader that is today recovering more energy from each tonne of waste than any other country.

A notable example comes from Malmö’s Västra Hamnen (‘Western Harbour’) district where food waste is collected and then converted into biogas to fuel public transportation.

The share of renewable electricity use is high in Sweden. Hydro, wind, and solar power together accounted for 52.6% of the electricity produced in the country in 2014. This makes Sweden the leading country within the EU-28 group in terms of renewable energy use by share, followed by Finland and Latvia at 38.7%, Austria at 33.1%, and Denmark at 29.2%. The two other signatories of the directive, Iceland and Norway, remain ahead of Sweden at 77.1% and 69.2% respectively.

Urban farming in allotment gardens has long been a popular pastime among Swedes, in many corners of the country. Residents share a piece of land cultivated into gardens where they grow fruits and vegetables.

Koloniträdgårdförbundet (the Association of Allotment Gardens) oversees this initiative. The 100-year-old organization represents over 25,000 members and 260 member organizations, including urban farmers and gardening collectives.

Private beekeeping has been spurred on by the global news that bees are disappearing. Svenska Bin and Bee Urban provide beehives, biodiversity gardens, and pollination habitats in urban settings.

Pollinating insects are vital for human survival, with a countless number of plants and plant products eaten by humans dependent on bee pollination. Bees are also essential to the ecosystem as they cross-pollinate plants and vegetation — which in turn purify the air we breathe.

To that end, in Stockholm suburb Huddinge – URBIO has converted the roof of a five-floor hospital parking garage into an eco-paradise for butterflies – naturally abundant in the area. The so-called “Butterfly’s Roof and Nectar Restaurant” (Fjärilstak och nektarrestaurang) is a series of rooftop fields, with meadow seed mixtures and nectar flower gardens, to help promote the repopulation of butterflies.

The concept behind “passive houses” reduces energy consumption by building low-energy residences which power themselves through the use of energy from people’s body heat, electrical appliances and sunlight. Passive houses have been built in a number of communities in Sweden.

In Helsingborg in southern Sweden, Väla Gård is a collection of solar-powered office buildings and conference rooms that are also passive-energy efficient. Completed in 2012, it has air-purifying plant walls, produces more energy than it consumes, and has the highest platinum-level LEED certification for green buildings.

Another example is Stockholm’s Central Station, which geothermal system captures body heat from over 250,000 daily commuters. The heat is sourced into the water via a heat regulator and the heated water is then pumped into the nearby Kungsbrohuset to provide heating. The cooling of the building is provided by the water from the nearby Klara Lake, making maximum use of the surrounding environment.

What can you do?

That’s all nice for Sweden, but what can you or your company do to make your city better? For start, you could sign-up for Sustainable Avenue to get some ideas on what can be done. Not all projects are expensive and there are always small things that could make an impact.

Whether you’re working for the local government or you’re looking to sell them some neat idea, you’ll find something useful on our site. Or so we hope. 😉