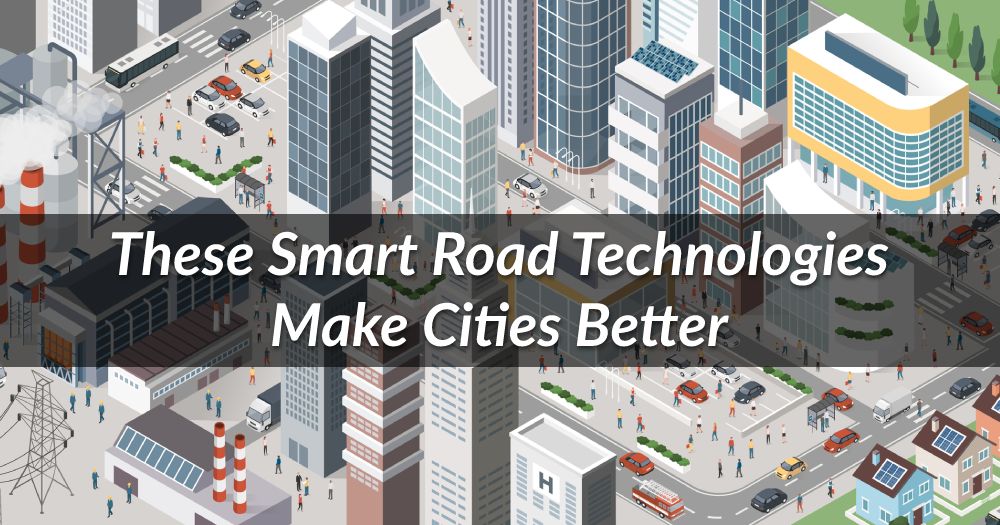 These days, we keep hearing that something is going “smart.” It all started with our phones, then we had smart speakers, and then smart cities. But those smart cities need multiple technologies to actually be smart(er). In today’s article, we’ll explore how smart road technologies improve the lives of people living in the city. We’re sure you’ll find some tech you’ll like…

A road that captures energy to melt snow

A company called Eurovia, which is a subsidiary of VINCI, has devised a new function for roads, namely, the production of heat energy. Called Power Road, it is able to capture the sun’s heat energy, which can be stored and distributed to nearby buildings and infrastructure through a heat-pump system. The magic happens in the upper layers of the road that stores a heat exchanger, consisting of tubes in which circulate a coolant.

The energy produced in this way can heat residential and office buildings, shopping complexes, eco-neighborhoods, and public structures such as swimming pools while enhancing their energy mix. In winter, this energy may also be used to remove snow and ice from parking lots, roads and airport runways — thereby reducing the need for salting operations. Specifically, 100% of the heating needs of a 70 m2 housing unit could be met with a 25 m2 road segment. 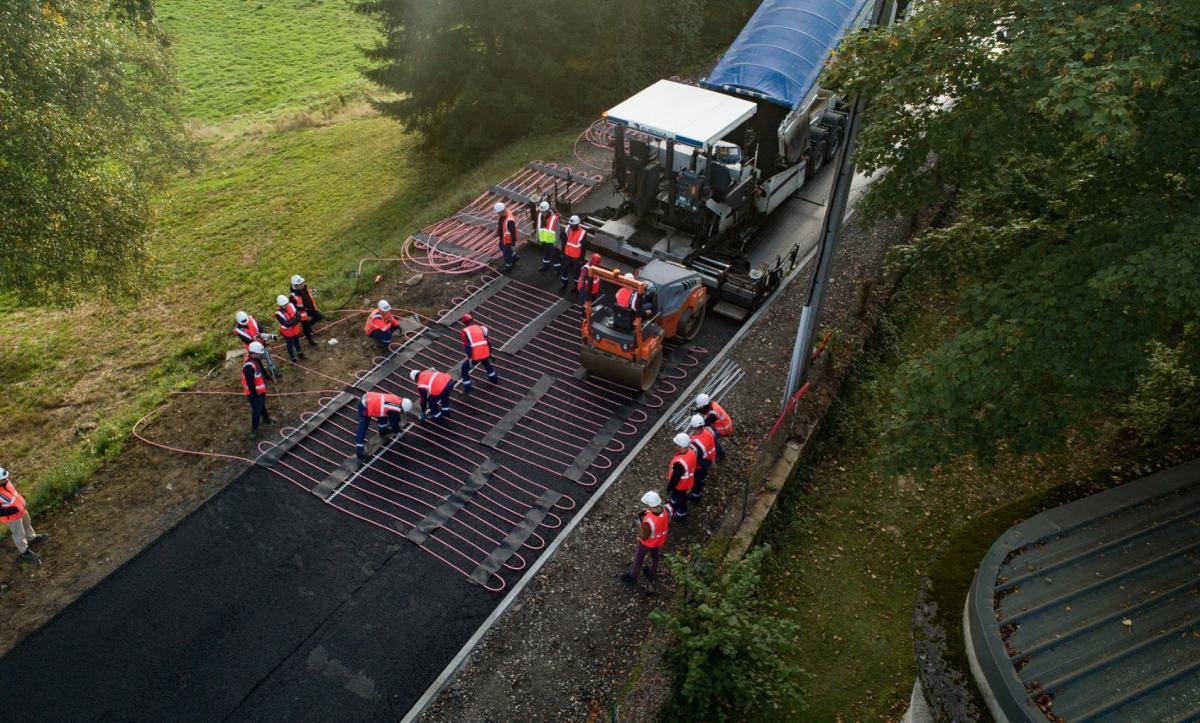 On the other hand, during summer – above-ground heat capture can cool roads and, as a result, lessen the effects of urban heat islands.

The main idea, according to Eurovia is for roads to play a new role in our transition to a carbon-free economy. And by storing heat energy, we can now shift the phasing of the production and consumption of a renewable energy source. In that sense, Power Road is a multiple-purpose solution that provides huge development potential that is proportionate to busy urban transport networks.

Smart road that can charge electric vehicles as they travel

Israeli company ElectReon has developed a “Dynamic Wireless Electrification System” for electric transportation which reduces the need for a large battery in the vehicle and powers it wirelessly via minimal infrastructure located under the driving lane. This, in turn, eliminates the need to stop for recharging or refueling the vehicle during the day.

ElectReon’s Wireless Electric Roads (ERS) technology combines dynamic, semi-dynamic and static charging, providing the optimal solution to any use case. It involves wireless energy strips made from electromagnets and copper plates being integrated into special road lanes, while similar plates are installed on the underside of vehicles. A roadside power converter links to the charging beds carved into the road. Vehicles integrated with sustainable technology can also drive in normal road lanes for up to 5km. 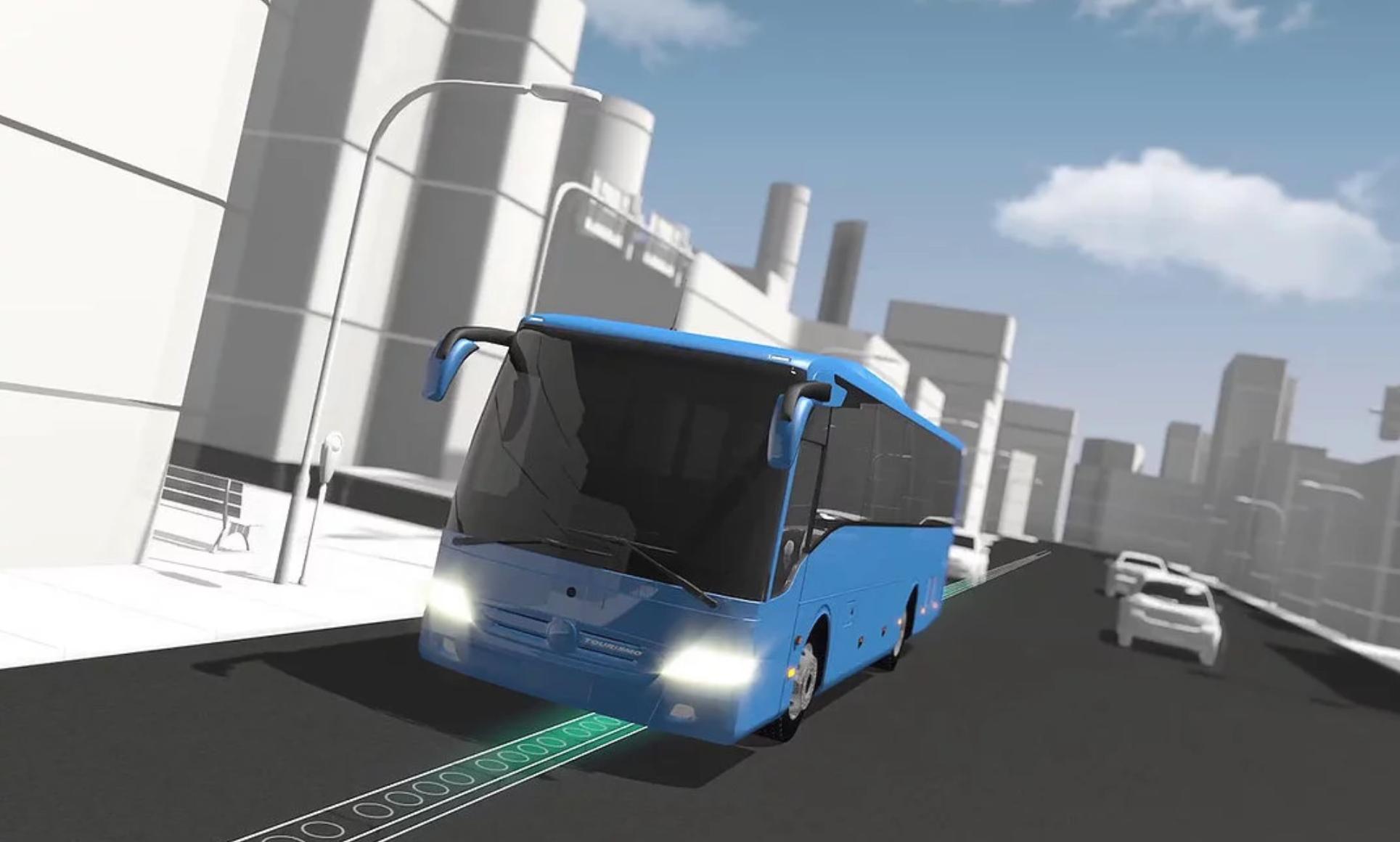 Once the system has been deployed on the main roads for public transportation then it can serve as a platform for all kind of vehicles eliminating the initial costs. In addition, ElectReon can harvest energy due to vehicle braking and transfer it back to the electricity grid, and as a result – reducing the total amount of energy consumed by the transportation sector.

The system, called Bikescout, relies on tracking radar technology which is already being used by the automobile industry to provide signals to other road users. The radar measures the changing position of individual road users and continuously analyses this data, up to 50 meters in advance. By taking into account the speed of an approaching object (cyclist or pedestrian), the Bikescout warns the motorist appropriately. 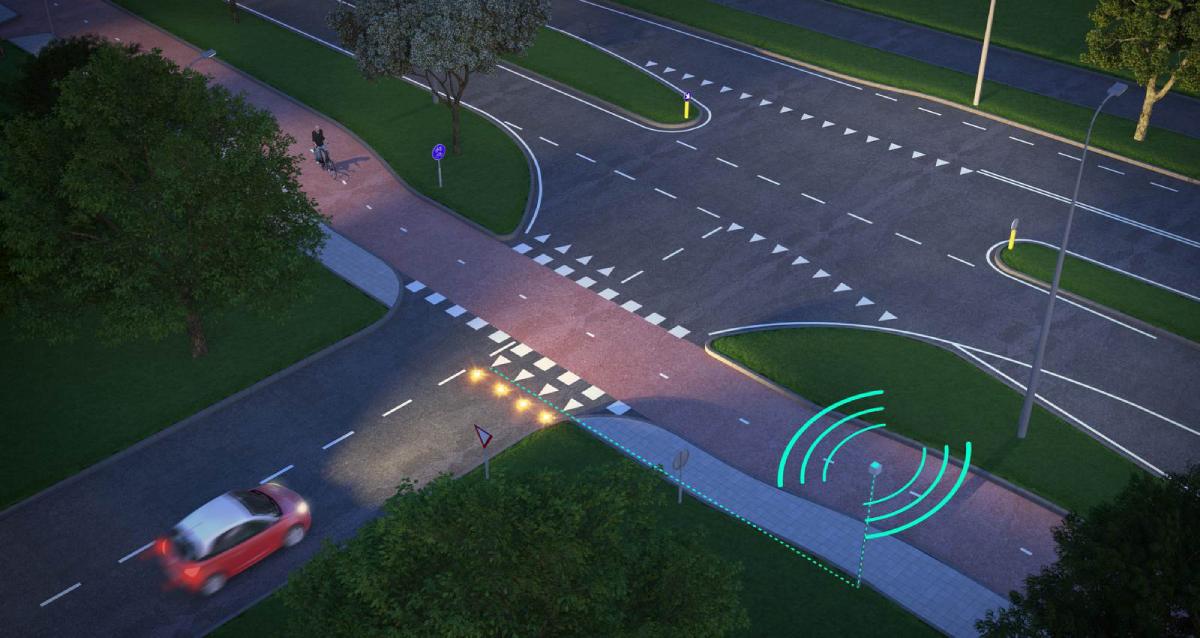 Especially in places with poor visibility of approaching cyclists, the Bikescout system increases traffic safety by giving timely warnings of cyclists crossing the road. Highly robust, dimmable LEDs, which can be fitted flush with the road surface, can provide signals in various configurations and are more effective and visually attractive than other safety measures.

In April 2016, BikeScout has been piloted near the Meerenakkerweg-Kasteellaan roundabout in the Dutch city of Eindhoven.

In most cases, drivers hate speed bumps – they are considered necessary evil drivers have to deal with. Speed bumps can badly damage a car’s suspension, especially if the driver is in a hurry.

But yes, they serve their purpose, slowing down the traffic near schools and other areas where kids may play. 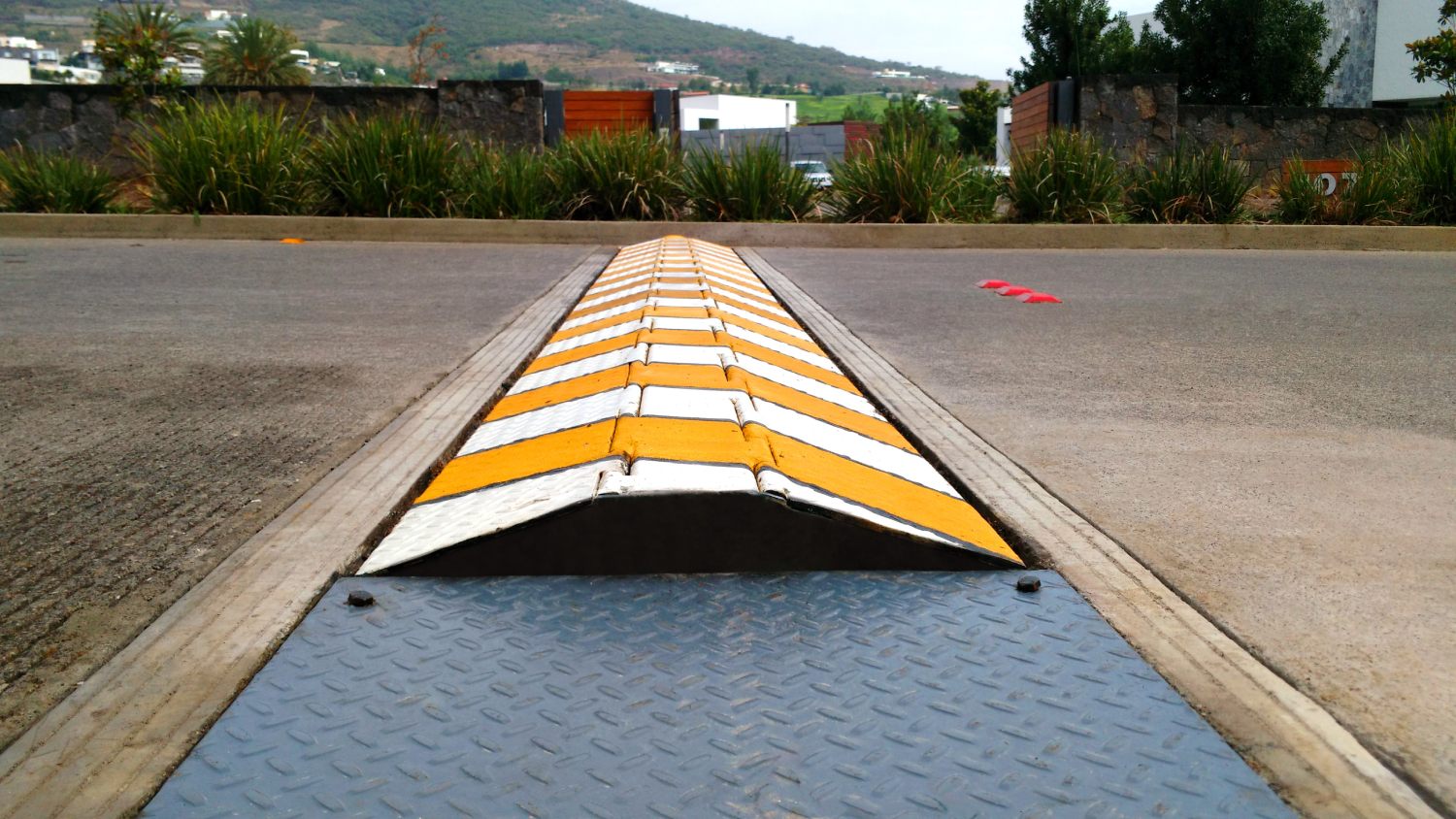 TOPE Inteligente is a smart system that makes speed bumps more bearable; it involves sensor-powered bumps that automatically adjust themselves for cars within speed limits, staying flat for a smooth drive.

If the car is above the limit, the driver is in for a bumpy ride. Therefore, the system encourages drivers to retain a slow speed and reduce the number of stops and starts for a trip.

Aside from saving lives from accidents caused by fast driving, Tope Inteligente also aims to decrease the amount of exhaust waste; several studies have found that passing over conventional speed bumps leads to an increase in levels of pollution in neighboring areas — more than 60% increase in NO2; almost 50% in PM pollution; almost 60% increase in CO.

Aside from cars, the smart speed bumps also serve pedestrians, who can control (rise) them by pressing a button to cross the road safely.