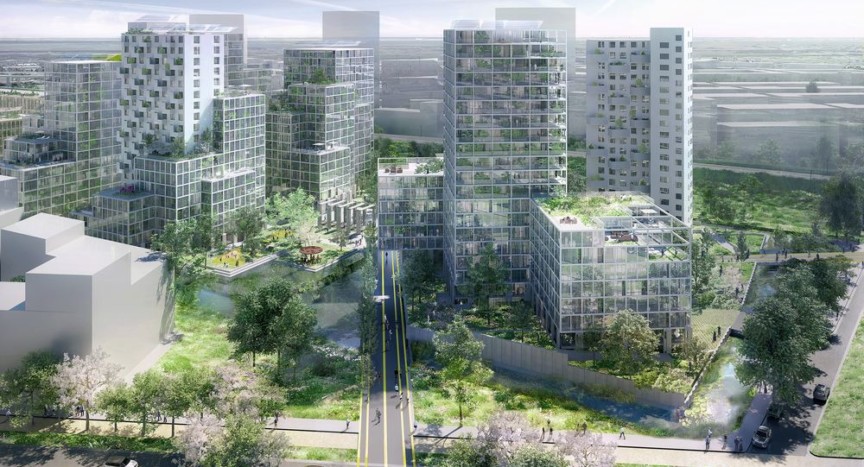 In early 2018, an exciting regenerative project started in the heart of Amsterdam, Netherlands.

Under the steer of architectural firm OMA, former prison complex Bijlmer Bajes will be transformed into a lush, green, eco-friendly neighborhood called Bajes Kwartier with 1,350 residential units — 30% of which will be social rent dwellings and a substantial part in the mid-rent segment. Luxury condominiums will also be offered.

“For the past two decades, the Dutch prison population has decreased, leading to empty cells and inefficiently organized prison complexes,” OMA’s partner architect David Gianotten explained. “To re-organize the system, the Dutch government decided to gradually close and redevelop several prisons in the country.”

Whilst the [prison] complex located in the center of Amsterdam was underused, the pressure on the housing market in the surrounding areas has become very large. Regenerating the Bijlmerbajes, which officially closed in 2016, into a residential area can thus “create the much-needed housing in this very central and attractive location in Amsterdam,” Gianotten added.

Four prison towers will be demolished, one will be rebuilt and transformed into a “green tower” with a vertical park and urban agriculture. The existing main building of the prison will be the design cluster – a place for artists of international standing. Furthermore, there will be restaurants and a health center. The new city district will have a strong urban character, but there is also a lot of green with gardens, courtyards and water features. Parking will be underground as the neighborhood will be car-free. The municipality will also develop a secondary school.

All buildings in the Bajes Kwartier will be fully energy-neutral, with roof based wind turbines providing electricity. Also, the organic waste from the district will be converted into electricity; heat in the winter and cooling in the summer will be provided by heat pumps. There will be no connections to natural gas. For washing machines and dishwashers, each house will receive a connection with hot water brought up to temperature using sustainable heat transfer technology.

Several structures of the former prison will be preserved, such as the main administration building, boiler room, the prison church, and the central spine that currently links all buildings. Two new towers will be built in the footprint of existing prison towers, and the complex will be opened up to its surroundings through new pedestrian and cycle bridges.

Bajes Kwartier is being developed by a consortium of real estate developers, including AM, AT Capital and Cairn. 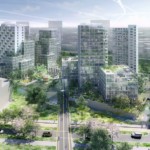 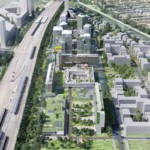 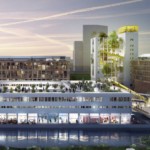 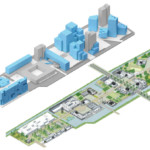 As one of the most connected cities in Western Europe, Amsterdam is facing a housing shortage. At the same time, the city saw a decrease in the prison population and decided to transform an old prison into a new neighborhood. And so, Bajes Kwartier was born with the idea to create a new eco-friendly neighborhood with 1,350 residential units. As part of the city's commitment to provide affordable housing, 30% of all new units will be social rent dwellings and a substantial part will be in the mid-rent segment. Nevertheless, luxury condominiums will also be offered. The project started in early 2018 and once completed - it will be carbon neutral as much as possible with wind and energy from organic waste providing electricity for the residents. Heat pumps will be used, as well.
Time to Implement
⏱️⏱️⏱️⏱️⏱️
Cost to Implement
💰💰💰💰💰
* estimates

FOR PUBLIC OFFICIALS:
Many cities have been growing in recent years and even decades, leaving them with prisons located in what, by today's standards, are deemed desirable locations. Converting these prisons into buildings or entire neighborhoods is common sense - it's good for business and the overall growth of the city. It's even better if such a project could also be green and add something beneficial like a park to the general public.
FOR BUSINESSES:
A big developer or a team of a few developers could pitch a project of converting a prison into a residential or business building, or neighborhood. This, of course, presumes that the prison is located in what is today considered a desirable location - otherwise, why bother? The margins may not be enough to justify such a big project. It would be an even easier sell if you could add some "green" to the project. Add a public space into it, like a park, and you get winning proposition politicians will have a hard time arguing against.