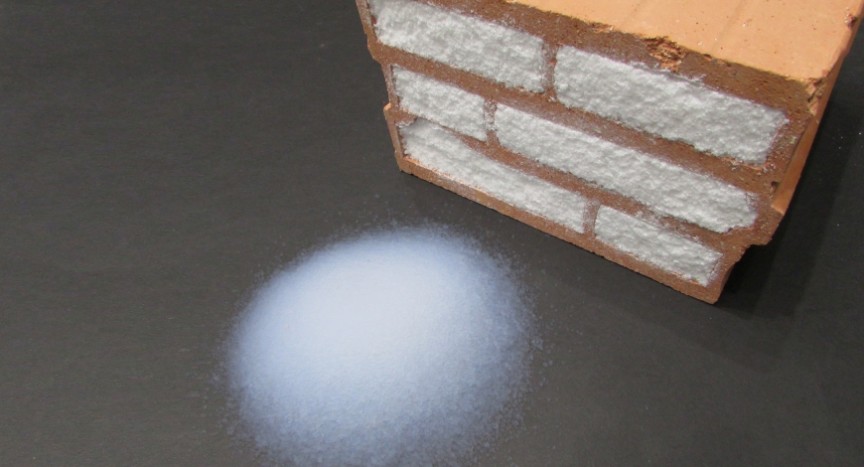 Typically builders add a layer of insulation to a brick wall, but what if they could just build that same wall using hollow bricks that are stuffed with great insulation? That could be a game-changer, and that’s what scientists from Swiss research group Empa have created — claiming it to be the best-insulating brick yet.

Called “aerobricks,” they use a type of aerogel — a manufactured material derived from a gel in which the liquid component of the gel has been replaced with a gas. Along with being extremely lightweight, aerogels have very high thermal insulation properties, which has led to their use in products such as jackets.

In the Empa study, lead scientist Jannis Wernery and his team developed a paste composed of aerogel particles, which can easily be stuffed into regular hollow clay bricks. The end result is a brick that provides about a third better insulation than a perlite-filled brick of the same structure and thickness. Better yet, when compared to regular non-insulting bricks, aerobricks conduct heat up to eight times better.

According to Empa, this means that in order to match the insulating value of an aerobrick wall that was just 20 cm thick (7.9 in), a wall made from non-insulating bricks would have to be almost 2 meters thick (6.6 ft).

The problem, however, is the price as the aerogel used in the aerobricks is currently quite expensive. This makes one square meter of a wall built with these bricks costing around 500 Swiss francs (about $521). Nevertheless, the hope is that as technology advances and the price of the aerogel falls, the aerobricks will become practical and more affordable building material. 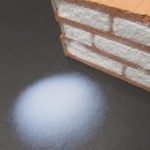 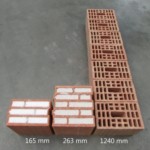 Swiss scientists with research group Empa have created an insulating brick that would enable walls to isolate heat up to eight times better compared to a wall constructed from standard clay and shale bricks. Called aerobricks, they are filled with aerogel — a lightweight, manufactured material made from gel in which gas replaces the gel's otherwise liquid component. A traditional brick wall would need to be more than 6 feet deep to achieve the same insulative properties as an 8-inch-deep aerobrick wall. Also, a perlite brick wall would have to be 35% thicker than an aerobrick wall.

The problem, however, is the price with aerobricks costing much more than traditional brick. This, in turn, makes them suitable only for select projects in which the thickness (or thinness) of the walls matters and where the money is not an issue.
Time to Implement
⏱️⏱️⏱️⏱️⏱️
Cost to Implement
💰💰💰💰💰
* estimates

FOR PUBLIC OFFICIALS:
It is cool when (local) governments can lead a trend and by embracing buildings made with aerobricks - they would definitely do so. Not only would they make for an energy-efficient building with these fancy bricks, but would also make them with thinner-than-usual walls — while making for the same kind of insulation properties. Yes, this will make walls more expensive, but will also show the government (and politicians leading this project) as trendsetters willing to embrace new technologies. In other words, it's a win on a few different fronts.
FOR BUSINESSES:
Pitching new technologies to governments is never easy. But, while it has its challenges, it also brings higher rewards — which translates into higher profits. Aerobricks represent a novel technology that could be best used for specific projects in which the thickness (or thinness) of the walls matters and where the money is not an issue. Many governments don't mind the premium if they can prove to the public it was worth the cost. And with aerobricks they get to show their constituents they are willing to embrace new ways and new technologies. That could help them win votes and your company - a lucrative contract.