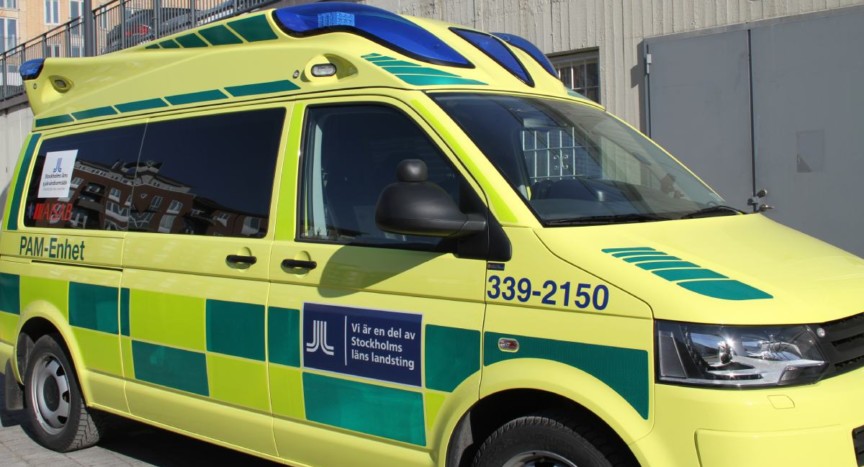 Such service is needed in the country which in 2015 had over 15,000 suicide attempts and 1,554 suicides. What’s even more striking is that these have pretty much been the same numbers reported every year of the last decade.

At first glance, the vehicle looks like any other ambulance. However, inside it’s furnished with comfortable chairs and a small desk to create a relaxed environment conducive to discussion and therapy.

On average, PAM responds to about 135 emergency calls a month, 85 percent of which are related to suicide in one way or another. At the end of its first year, PAM responded to 1,036 individuals in need of help and had only received repeated contact from 96 individuals. This low number of repeat crises shows the efficacy of having a dedicated team ready to listen to someone in need of counseling.

Though the city of Stockholm is quite large, the team — consisting of two mental health nurses and one paramedic — is willing to go wherever it is needed across the region. Before any action is taken, however, they first take the time to understand the situation.

And this setup is obviously producing “tangible results” — i.e. saving lives — with other regions in the country such as Skåne, Örebro, Blekinge, and Jönköping also planning to create their own PAMs. 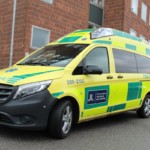 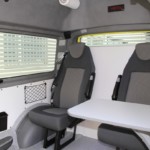 With the current mental health crisis, it is essential that innovative ideas are implicated to tackle the issue in new and more effective ways. In that sense, initiatives such as the Psychiatric Emergency Response Team not only offer life-saving services but also help destigmatize mental health and provide patients with expert care on the spot.
Time to Implement
⏱️⏱️⏱️⏱️⏱️
Cost to Implement
💰💰💰💰💰
* estimates

FOR PUBLIC OFFICIALS:
As a life-saving service, mental health ambulances make for instant points for local officials. Also, they help destigmatize mental health, making access to services easier to the general public. Considering the stretched healthcare resources, launching a PAM unit (or more of them) may require a public-private partnership, though.
FOR BUSINESSES:
The current mental health crisis leaves a lot of room for savvy businesses to thrive. Mental health ambulances offer such an opportunity by enabling them [businesses] to form partnerships with cities and potentially save lives. A public-private partnership could be envisioned in which a city would rely on a private partner to roam around the city and respond to mental health emergencies — and get paid for the effort.