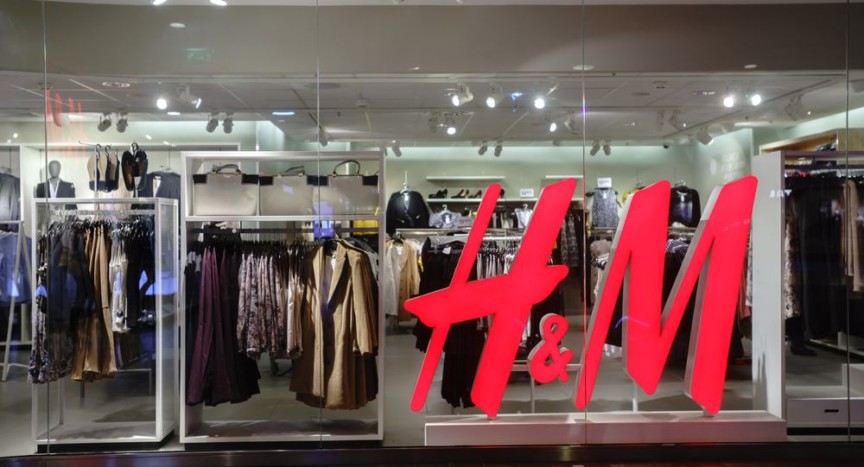 You may don’t know it, but the fashion industry is one of the major polluting industries in the world. The production and distribution of the crops, fibers, and garments used in fashion all contribute to differing forms of environmental pollution — including water, air, and soil pollution.

Some of the main factors that contribute to this industrial caused pollution are the vast overproduction of fashion items, the use of synthetic fibers, and the agriculture pollution of fashion crops.

One of the biggest retailers of “Fast Fashion” items is H&M, and the good thing is that the company is aware of that. So it — as well as some other major chains — is trying to reduce their environmental footprint.

In its home turf of Sweden, H&M is helping a Swedish power plant Malarenergi replace coal for good.

The combined heat and power station in Vasteras, northwest of Stockholm, is converting from oil- and coal-fired generation to become a fossil fuel-free facility by 2020. That means burning recycled wood and waste, including clothes H&M can’t sell.

The move comes as part of Sweden’s bigger plan to reduce its (negative) impact on the environment. And by converting old plants to burn biofuels and garbage, the biggest Nordic economy is hoping to edge out the last of its fossil fuel units by the end of this decade.

Malarenergi has a deal with the neighboring city of Eskilstuna to burn their trash, some of which comes from H&M’s central warehouse in the same city.

H&M highlights that it doesn’t burn any clothes that are safe to use, but those that contain mold or do not comply with their strict restriction on chemicals.

Between January and November 2017, the Vasteras plant burned about 15 tons of discarded clothes from H&M, compared with about 400,000 tons of rubbish. Malarenergi has deals with several nearby cities to receive rubbish and even imports waste from Britain to fuel its main boiler.

In comparison, the facility — which supplies power to about 150,000 households — burned as much as 650,000 tons of coal at its peak in 1996. The plant’s two remaining fossil-fuel generators are expected to be shut down in 2020.

Fast Fashion means more pollution and the idea to use otherwise unusable (and definitely unsellable) clothing as fuel is solid. It's not coal but it can burn, helping reduce the use of fossil fuels while also providing an effective way to deal with the fashion industry's garbage. Cause there's a lot of it.

However, burning old clothes will work only in places where there is a huge supply of such material. And that could potentially include locations near major distribution centers of companies such as Zara, Fashion 21 and so on. Other places, however, will have to "settle" for "regular" garbage, which comes in cheap — while still producing enough heat to keep the turbines up and running.
Time to Implement
⏱️⏱️⏱️⏱️⏱️
Cost to Implement
💰💰💰💰💰
* estimates

FOR PUBLIC OFFICIALS:
For politicians, leading or participating in an initiative that would combine waste management with low-carbon energy production is an obvious win. The problem is to structure such complicated deal that will find a clean, sustainable way to move in that direction. Perhaps it's not clothing every city can rely on, but there are other sources of garbage that could burn just as well — and consequently produce enough energy or heat for the residents.
FOR BUSINESSES:
This could be a complicated task for any single company, so it may require forming a consortium that would include those who collect the garbage (whether it's clothing or not), sort it, and finally burn it for profit. Because of the obvious benefits — waste management + energy production — the project should be relatively easy to sell to local or national authorities. The hard part is financing and operation, though structuring such a deal is well worth the effort.