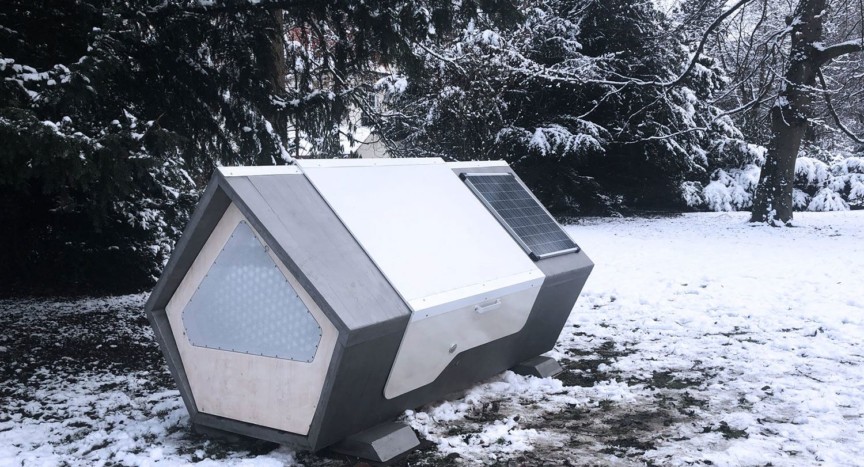 Many homeless people end up sleeping on a park bench or on the street, which can be particularly difficult during the winter.

A German-based team has decided something could be done about it; and so it designed and installed heated windproof and waterproof futuristic sleeping pods across the German city of Ulm to provide the homeless with emergency shelter at night.

Known as Ulmer Nest, these sleeping pods are intended to provide shelter, especially in winter, when temperatures are below zero. They are made out of wood and steel to effectively protect against rain or strong wind. A single pod can keep up to two people protected from rain, frost, and humidity — while ensuring air circulation.

What makes Ulmer Nest special though, are built-in solar panels and a set of sensors that can monitor temperature, humidity, smoke, and carbon dioxide levels. Also, these pods are connected to a radio network to allow their users to get in touch with the team overseeing the cabins.

Instead of cameras, each pod has a motion sensor for alerting social workers and Ulmer Nest members that someone spent the night in the capsule. This way, the privacy of those using a pod is protected while at the same time, the system is informed that someone has been sleeping and that the pod has to be cleaned for the next use.

Besides, the design is protected against fire and includes an electronic verification system so those using it can lock the capsule from the inside.

The first Ulmer Nest pods were installed in Ulm in the winter of 2020, and if the scheme proves successful, they could end up being used throughout Germany. 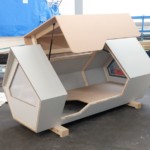 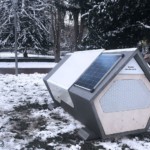 Sleep pods, called Ulmer Nest, were installed on the streets and parks of Ulm as part of a pilot project to protect homeless people during winter. The wood and steel cabins can host two people and are heated as well as wind- and waterproof. They even get some of the energy from the built-in solar panels. Meanwhile, inside they are connected to a radio network that allows guests to make calls without a cellphone. The Ulmer Nest pods aren't intended as alternative housing but as an emergency shelter during dangerous weather.
Time to Implement
⏱️⏱️⏱️⏱️⏱️
Cost to Implement
💰💰💰💰💰
* estimates

FOR PUBLIC OFFICIALS:
Homelessness is a serious problem many communities face and there are no magic bullets to solve it once and for all. Tech-enabled sleeping pods like Ulmer Nest could at least help some folks stay safe and healthy during the winter. This is especially important for cities and towns with harsh winters when sleeping on a park bench could cost a human life. By procuring some kind of sleeping pods, your city gets to show a human face to help those in dire need. It's one of those right things to do.
FOR BUSINESSES:
No single company can solve the homelessness issue but it could do something to help some people in dire need. That's where a tech-enabled sleeping pod like Ulmer Nests could kick in. It would be cool if your company could procure these units and then sell them to the local government. Or those could be some other sleeping pods — as long as they provide safe and warm shelter during the winter. It seems like an untapped market where money could be made while also helping the poorest members of society.