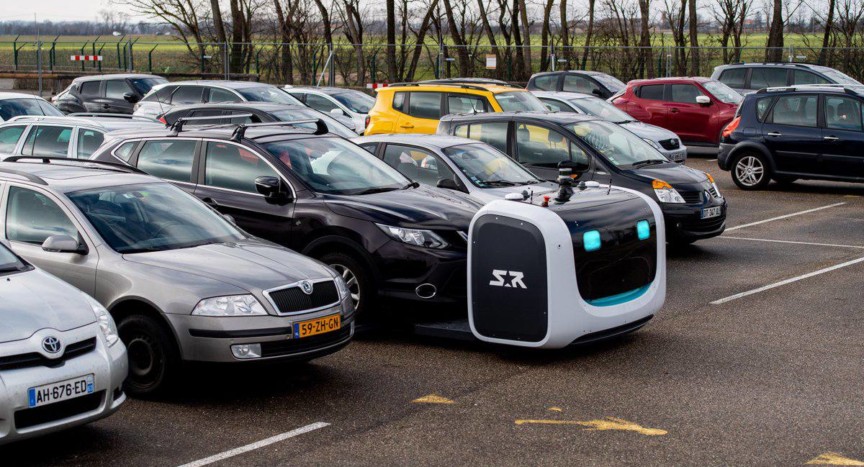 Imagine an airport parking… Now think how much space it occupies, yet somehow, we always struggle to find a free spot to park the car.

Stanley Robotics has a solution for this conundrum, consisting of fully autonomous robots and intelligent storage management software. Said robots can take and move any car, lifting them by the wheels and block-parking them much closer together without risking dings and dents. As a result, Stanley Robotics’ system can arrange up to 50% more vehicles within a given area. And because they are able to operate in existing car parks, no new parking infrastructure is needed.

The company’s value proposition is simple — the ability to optimize vehicle storage management by storing cars in blocks — and unsurprisingly, it has managed to score a few airports to test its technology.

The first test was at Paris-Charles De Gaulle in 2017. It been performed for 5 months and met a huge success with the public, paving the way to large scale deployments.

A year later, the first outdoor car park managed by robots has been opened to the public beginning at Lyon Saint-Exupéry airport. And then, in 2019, Stanley Robotics signed a contract with Gatwick Airports.

Airport parking is a mess all around the world. During peak seasons, it is next to impossible to find a free spot; and the situation is even worse at hot tourist destinations.

Stanley Robotics' technology can help without requiring a hefty premium. Instead of building new parking spaces, which can be both expensive and time-consuming (in terms of negotiating to acquire the new land) — the company offers a smart system and robots that can arrange up to 50% more vehicles within the same area. In that sense, it delivers instant results with existing infrastructure and should be an easy sell.
Time to Implement
⏱️⏱️⏱️⏱️⏱️
Cost to Implement
💰💰💰💰💰
* estimates